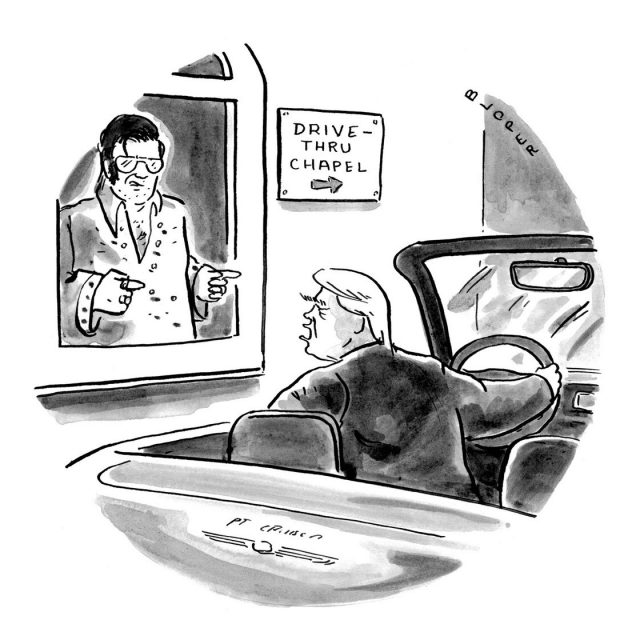 “Do you do shotgun judicial confirmations?” Trump asks the Las Vegas Elvis impersonator.

And the New Yorker cartoon is funny.

However, there may be no need for that as women ( technicolor and wide screen) have come to the rescue of D.C. Circuit Judge Brett Kavanaugh’s U.S. Supreme Court confirmation hearing.

Condoleezza must have worked with him. Or not. While Lisa wants to. And she goes around with her big Arnold & Porter pockets and collects votes. I don’t know what works: flattery, flattery, or maybe flattery. Something along these lines.

Because for this self-described liberal feminist (probably she calls herself that because she wants to look superior to the corporate women in her posse), for Lisa, this is not personal. It is business. Lisa is in the winning business. Consequences are for losers.

“I tell lawyers all the time: Don’t think about what the law should be or what the law is. Don’t be professorial,” Blatt told Law360 in 2014. “The whole point, the only point, is to win.”

Thugs live by the same principle, Lisa. The whole point of their lives, which include the self-described liberal thugs, is to win.

You seem to be among the best. But is this feminism?

By DANA NEACSU: Lisa Blatt and The Sopranos’ Creed – Winning