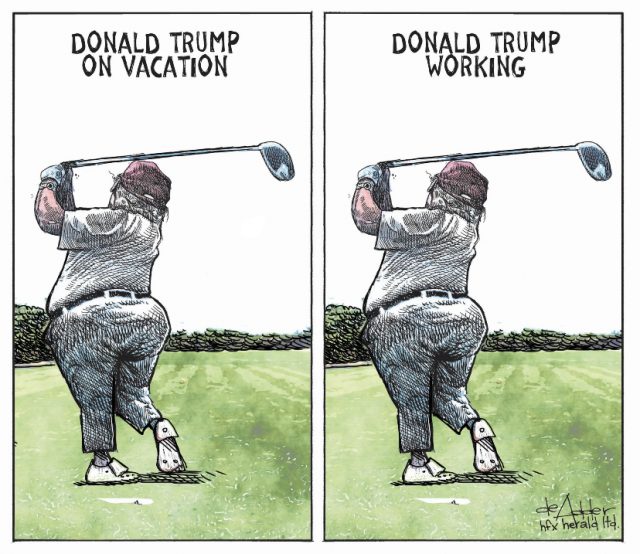 As a mere spectator, I can’t help wondering why Trump ordered the assassination of Qasem Soleimani or, as Eric Trump called him, General Salami. There are many theories behind the act.

If we were to believe that America remained a democracy and the power of the people mattered, then it would make sense that Trump wanted to appease his base with a little gladiator-like circus (bread takes more time to make). But, we are moving ahead with a new breed of dictatorship, and people’s voting doesn’t really matter anymore. Interestingly, Trump cares about his impeachment. Spoiler alert: he will be acquitted!

Trump as a Military Puppet

If were to believe that the military still needs Trump’s go ahead to assassinate things moving or still, then yes, Trump is a military puppet. But then Trump is a puppet of anything he fears or he doesn’t understand.

Now, this makes sense. Trump spends more days pretending to play golf than engaged in any other pretense. That is other than sending tweets. Michael De Adder has already shown us how Trump governs. TPV would like to supplement de Adder’s theory: that’s also how Trump makes war, because his ample behind is the only asset our President has and can rely on to support him.