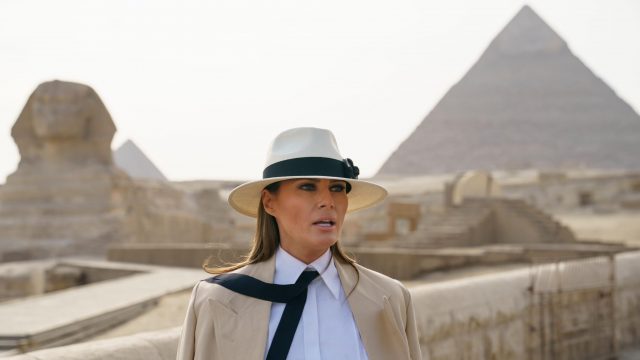 Here at TPV we catch what the other mass-media outlets ignore.

This past week, Melania Trump bested us all with her magical powers, and that’s what fell through our man-made hole.

TPV focused on T. Rump‘s First Lady and her African visit. It is public knowledge that Africa is home to most developing countries on the planet. For white people like Melania, this is a euphemism (code) for “things are cheap there, buy in bulk.”

Laudatory,  Melania bested herself on that famine-ravished continent. She outdid herself… at spending. Trump’s wife bought in bulk. Okay, she did it with US taxpayers’ money. But she did support Egyptian tourism, and her adventure there is what fell through our TPV hole:

News collected from The Guardian and retold by Dana Neacsu.