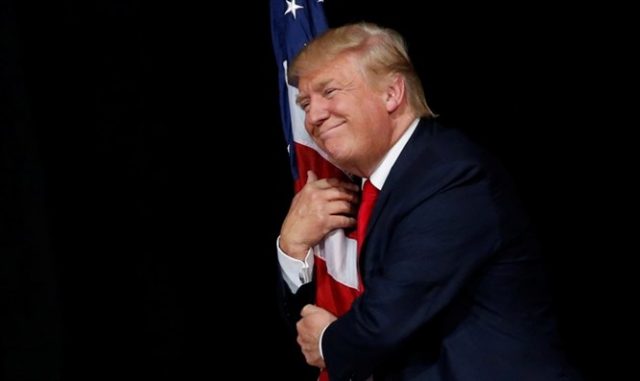 Trumpland and Trumpworld have taken over America north of Mexico and south of Canada. So, what falls into our pothole is immeasurable. From that conceptual flood, here’s what we caught within the last seven days:

On Wednesday, February 27, Trump spent quality time with his twin brother by another mother, Kim Jong-un, while North Korean “Sharp Shooter” hackers were dusting off Jared’s Security Clearance closet of any unwanted skeletons.

On Thursday, February 28, Michael Cohen sang a beautiful Grease song to the House of Representatives. The tune went so well, that Trump hurried back to put on his own show.

On Friday, March 1, Trump twitted that the additional tariffs
on Chinese imports, originally scheduled to start on March 1, would be delayed, as China has agreed to add the logo Trump on its amazing Wall.

On Monday, March 4, House Democrats started to roar at each other, and accidentally smeared Ilhan Omar. In a morality tale, we were all remanded that no one criticizes members of Congress for the craven way they deal with the issue of Israel without being accused of Antisemitism, though today,

a “supporter of Israel” is much more likely to be an evangelical Christian Republican than a Jew.

On Tuesday, March 5, House Democrats tried their roar again, and announced that if Trump was okay with their impertinent request, they would ask if he could show them the signature page from his tax returns.

and people continue not to like me, do you know how much that hurts?