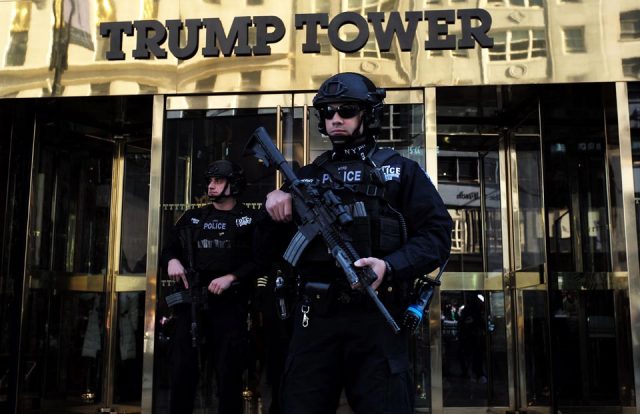 Marquel called his lawyer about what he read in the Times. And about the second story, too.

Disturbing. His favorite ambulance chaser said there was no substance to the story. Marquel scratched his head, hung up, and saw an email pop up. The bastard charged him for the call. Time to get to the bottom of this story, so he called the lowest person he knew, an old college friend, Morris, who had been a Young Republican, now a security guard at the McDonald’s across from the White House.

I know a little about it, but just from the guy who delivers cheeseburgers to Spanky.

“Well,” said Marquel, “what would he know about it?”

“Mr. Kelly? He knows everything.” Said the guard.

“John Kelly? His chief of staff? He gets the burgers?” Marquel shouted.

Guess? The chief of staff is sent across the street for burgers and it merits just a guess? Marquel was more than a bit puzzled. Should he go to D.C. and wait outside the Mickey D’s for an interview? Something more subtle? Maybe pose as a homeless person? There was some serious background work to do.

“Marquel? You still there?” said Morris. The guard.

“Yeah, I have to get some more information.”

“Well I’ll tell you all I know, if you want.” Said the guard.

“What do you know?” asked Marquel.

“Kelly told me that they are mobilizing the army or something.” Said Moris.

“The army or the National Guard?” asked Marquel.

“What do you mean guess? Do you really know anything?” asked Marquel, rubbing his forehead. He edged his window drapes aside, to see whether there were troops in the street.

“I can tell you what Kelly told me. What do you want to know?” said Morris.

“Okay,” I surrendered. “What did he say about this soldiers. Is it true they will guard all law offices in the country?”

“Kelly said I should say nothing about it. But it’s not really around the country.” He told me.

“What does that mean?” I asked.

“It’s this Trump thing. You know. Kelly says he has to be told what to do. Trump said he wanted to keep everybody away from that ‘Jew lawyer.’ Those are his words. Not mine. You know that.” Said Morris.

“Sure. So what is it. His lawyer or all lawyers?” I asked.

“According to Kelly, and this is word for word, as close as I can be. Trump said he wanted no more raids. It’s anti American. I said I agreed.” Said Moris.

“Okay, just tell me what Tump said, or what Kelly says he said. Not what you think.” I cautioned him. All my years in journalism school were kicking in, even though I had never attended journalism school. But it made a difference after all these years.

“Trump said that?” I asked.

“Yup. Then Kelly told him that the barn door was already open. It was too late to close it. Then Trump says that he never understood that saying.”

“About closing the barn door after the cows and horses are left?”

“Exactly, Marquel, yes, exactly!!” Morris was excited now, becoming more talkative than he’d been in home Ec. Decades ago just before he’d gotten thrown out. “Trump said he never could understand that. He said barn doors should be closed. What’s the point in having a barn door if you don’t close it. Then Kelly says he explained that it was no use to close it after the animals were gone, and Trump has a fit and says that’s stupid. You close the door so nobody comes in or out. That’s what he wants the army to do with his lawyer. That’s it.” Said Morris.

“Wait,” I said, trying to catch up. “So he says barn doors should be closed whenever?”

“Yes, that’s the point,” said Morris, a bit more slowly. “That’s why I really like both these guys, Kelly and Spanky both. Who would ever think that deeply? You close the barn door, right? What the hell is a door for? You don’t leave it open just because someone left. I never thought of it like that but Spanky is right. Close the door, right? What if I told my boss here that I left the door open because somebody left?”

“Yeah, Morris, yeah,” I said to my old Young Republican friend. The guy’s a genius. So the story is right, the lawyer’s office is being guarded by the National Guard, right?”

“Well, actually, I’m going over there now. They had some problem, so he asked me to guard the office. I’m taking the Acela. This is a great job. I don’t know why people bad mouth McDonald’s. It’s a land of opportunities.”

“Okay, thanks Morris. Good luck. Don’t forget to shut the door behind you.”

“What are you an idiot?” said Morris. The phone clicked. No email. A free interview. Life is great.

By MARQUEL:  TRUMP CALLS OUT NATIONAL GUARD TO PROTECT LAW OFFICES AROUND THE COUNTRY