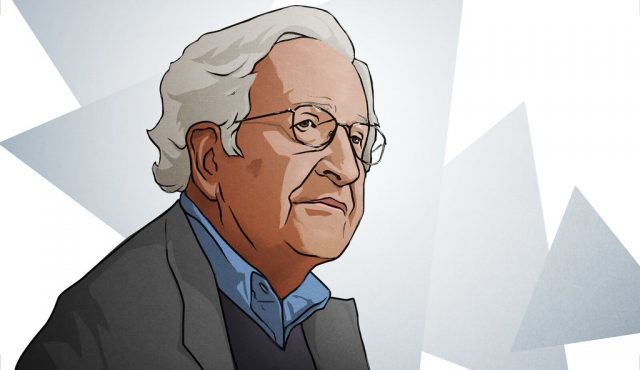 “Unbiased” isn’t helping anyone — it’s time to pick a side.

Media, in itself, is not a public good. We know that Fox News is fueling Trump’s support, and that Breitbart is lifting up the voices of white nationalism. But even beyond explicitly right-wing outlets, mainstream journalism is fanning the flames of humanity’s self-destruction.

Traditionally, the journalistic ideal is a certain brand of “objectivity” — what some call the “view from nowhere.” The logic goes: Journalists must refrain from bias and gather perspectives from both sides, representing the landscape of public opinion instead of making clear their own perspective. Of course, there’s bias simply in choosing which “sides” to feature, and who to interview, and how to present their opinions, and what topics to cover in the first place. For the dominant media, the “view from nowhere” is actually a view from power. The people given a platform in mainstream news articles are rarely the people most impacted by a particular issue.

Take climate change, one of the most central and pressing issues of our time. In a recent Truthout interview, Noam Chomsky noted, “In the best newspapers there are regular articles by the finest journalists applauding the fracking revolution and the opening of new areas for exploitation, driving the U.S. well ahead of Saudi Arabia in the race to destroy human civilization.”

Truthout doesn’t pretend to be a “view from nowhere,” or to represent the entire range of public opinion. Instead, we focus our energy on telling the truth — with accuracy, integrity, transparency, accountability and heart. We report on climate change as a catastrophically urgent crisis. From Dahr Jamail’s Climate Disruption Dispatches, to our legacy of covering the devastating impacts of fracking from the time it began, to our stories linking climate change with economic injustice and endless war, we consider it our duty to sound the alarm — and offer creative, bold paths forward — before it is entirely too late.

There’s no time for debating whether this issue is urgent. Will you help us lift up the voices that recognize the gravity of what we are facing — the voices that will give humanity a chance at survival?