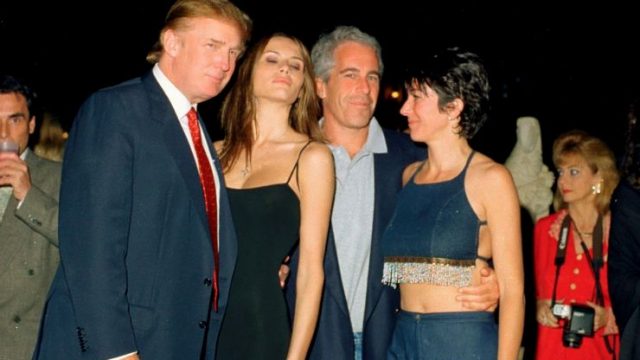 A few decades ago, a young Epstein was teaching Math at a fancy New York private school, the story goes. And that story reminded me of Brian DePalma‘s, badly aged movie The Bonfire of the Vanities (1990) (all right the opening scene is great).

Based on Tom Wolfe’s superb social satire of New York City debauchery, the movie shocks: its pretension reads amateurism. Which brings me to my point: Who was the amateur, Mr. Esptein? Or, better yet: Why this pretension of amateurism?

When now-defunct Jeffrey Epstein was hired to teach Math to rich kids at The Dalton School, he was a mere Staten Island high-school dropout.

“I’m teaching a bunch of little brats next year.”

Either way, neither was Epstein a teacher, yet, had he been nominated for the Teacher of the Year award, he would have won.

The most interesting part of this aspect of his life is that like Trump’s America, anybody can be a financier, so why not him? Anybody can be anything they’ve decided they want to be. And if they start acting the part, they better have money or friends with money and power. The secret is that most people have no desire to be anything and then they will be anything told to be. They will play along.

I can’t figure out if Jeffrey was appointed financier and he made the most of it.

Epstein and the Glitterati

Now, the story goes, Jeffrey has had a problem. But, that’s not the problem you’re thinking about. Jeff’s problem (as his friends referred to it) was of a different nature.

Jeffrey had a genie in a bottle that made all his dreams come true. As long as his dreams were also other PeOpLe’s dreams. Can you imagine if instead of going to his island, Jeff would have parachuted his friends into Haiti or Venezuela so they could shower those countries with the money they had to spend on little girls? Could you hear Jeff‘s popularity plummeting?

But as long as his dreams were about little girls, now that’s something to let a guy become fond of and eventually die for, isn’t?

Inspired by  Amy Davidson Sorkin because she is wrong.