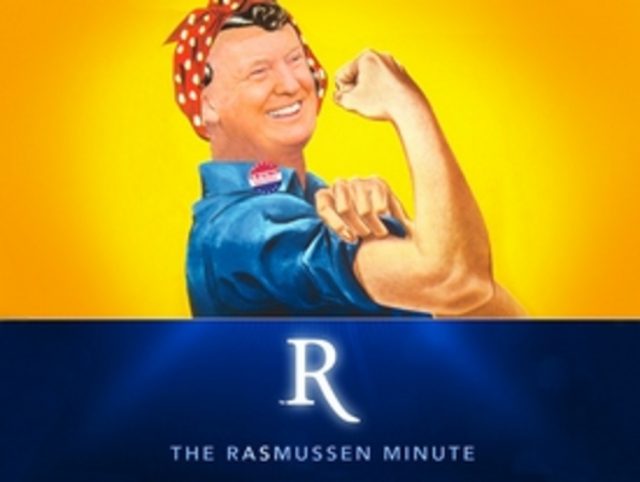 Either the Republican contingent is high on mushrooms, or English is not my first language. Either way, the #RasmussenPropaganda in funny.

For those folks, Trump is riding a wave of momentum from his historic legislative tax reform victory. For them, Donald saved the economy by signing an executive order imposing tariffs on foreign-made washing machines and solar products. For them, flying to Davos, Switzerland to deliver his “America First” message in person to the world’s global elite was amazing. Only Donald can board a plane and eat a burger on his way to Europe.

In the rare air of the Swiss Alps, Rasmussen reported,

Trump, the Billionaire-in-Chief, announced that “the world was witnessing the resurgence of a strong and prosperous America,” as he assured the room full of Davos divas.

But what Rasmussen hillbillies like the most is to type “the Billionaire-in-Chief.” These four words rub them the right way reminding them that America is still powerful.  Because few butlers don’t adore their lord, and Rasmussen, the GOP propaganda arm, acts as a valet most of the time.

So, when Rasmussen hears Donald saying,

“America is open for business, and we are competitive once again,” that’s because he is telling the Chinese we are accepting their bids. With Moscow’s approval.

And to think that we loathed the USSR during the Cold War! That’s a joke. On U.S.