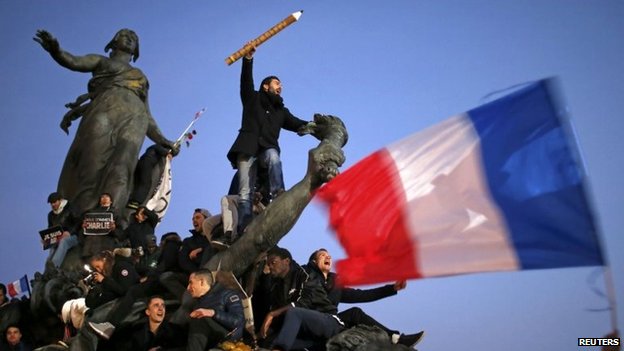 Salman Rushdie, who was a guest on Bill Maher’s Jan 9th show, coined an interesting term: the “But Brigade.”

The “But brigade”, constitutes those who try to find a reason for the unreasonable… yes, terrorists were wrong but Charlie Hebdo should not have published those offensive cartoons….

Although he had nothing to do with cartoons that so enraged the already enraged shooters, but they say that it all began with him, so the But Brigade kicks him in the Butt each time an Islamic terrorist gets offended and goes on a killing rampage.

It all starts with benign buts coming from people like Glenn Greenwald, Maria Bustillos, Joe Sacco, and David Brooks , who have made various statements suggesting that while murdering everybody at Charlie Hebdo should be condemned but the work of those journalists cannot be defended.

Let’s be clear.  The But(t) Brigade does not advocate violence, except a small kick in the butt to the offenders.  Rushdie‘s sore bottom, however, shows that those buts can add up to serious injury.

To be fair, the But Brigade has members all over the world and are not confined to any nationality or culture.  There are a large number among seemingly “moderate” Muslims.

I can say this with mathematical certitude based on my empirical research which consisted in analyzing Facebook timelines, and personal and direct interactions on social media ☺

These folks start by saying, “I’m for free speech,” and take away everything back by adding “but…”

“the West must not give a fucking inch” asking, “what would a respectful political cartoon look like?”

Many FB friends reminded me that I should “also mourn murder of countless Palestinian journalists.” 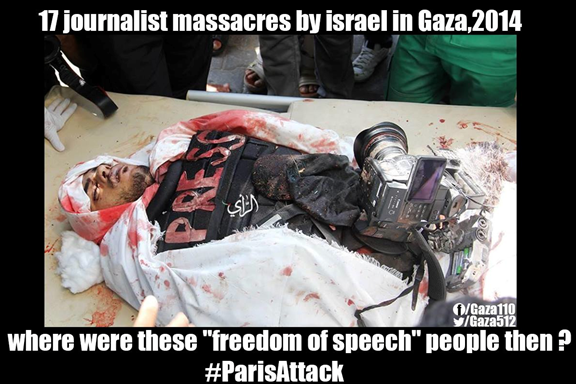 I wonder what these people say at funerals …  “I am sorry your mother passed away. But you should also feel bad for me because my mother also died last year.”

However, there is another variation of the But Brigade. The left But Brigade has been really busy these days trying to explain that the violence has nothing to do with Islam. They claim the bloodbath has nothing to do with their religion and, Islam is a religion of peace. When you push back they will at the most concede that the Muslim “crazies” represent a perversion of a great religion.

It should be stated that the But Brigade is not funded by any nation or political party. They are sustained completely by small spontaneous donations through a unique Indiegogo algorithm.  Every time someone says “No Muslim would ever do this”, a dollar is automatically donated to their account