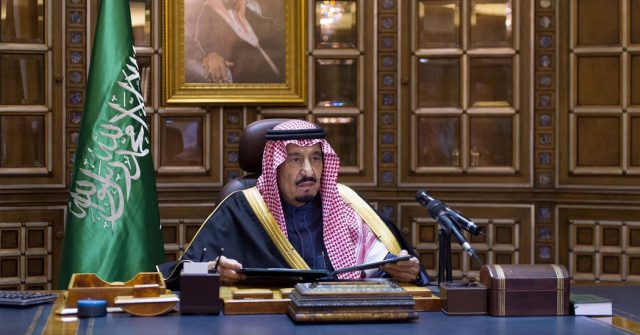 Marquel, TPVs NYTimes Heads Up Section correspondent, was half-asleep when he read Saudi Justice, Harsh but Able to Spare Sword.

A confessed murderer’s life was spared because of little-known checks in a judicial system regularly condemned by human rights groups for violating due process, lacking transparency and applying punishments like beheading. This was a strange article for the Times. It was nothing but an apologia for Sharia justice, including beheadings (it pointed out that death is quicker by the sword but admitted it was more gory, good to “scare” ordinary people).

It turns out that for murder, a beheading will not take place unless all heirs to the victim agree. In other words, any one heir has the power of pardon. But you have to be 15 years old to be competent. Thus, the main character murdered his victim when one of the children was but two years old. The culprit was sentenced to death but couldn’t be executed for 13 years to allow the two year old to become competent to pardon or not.

They also chop off hands of thieves but most judges don’t like to hand down that sentence, pardon the pun,  so most Saudi thieves still have their hands.

Finally it turns out that few, including children, seem favorable to pardon unless it’s accompanied by a six or seven figure check. The two year old, at fifteen, actually got a six figure bonus over her, well what would you call it, base salary.

Marquel was interested in the logistics of Saudi justice, however unjust and primitive it actually is. But he was more interested in why the Times went to such lengths to whitewash it.

Marquel talked to the Times. “Why did you run this story?”

The reporter looked confused. “Why not?”

“Fair enough,” said Marquel, “when was the last story about how ISIS is based on humanitarian principles?”

“Why not? Are we completely morally relativistic? Isn’t it primitive and uncivilized for justice to be in the hands of interested parties, vindictive and greedy ones at that? Do we believe that justice can be bought and sold and that it’s humane to leave a condemned prisoner waiting thirteen years to see if his victim’s child can be bought off? Why wasn’t your article at least titled, ‘Saudi justice is a profitable industry where heads roll only if the price isn’t paid?’ .”

“We wanted to show its overall rationality.” He said.

“I’m not sure what that means but I’ll bet Stalin had an overall rationality, as well as Hitler, and Vlad the Torturer. No I’m afraid that doesn’t fly.” I said.

“We could also say the Israelis have rationality when they occupy the West Bank.” He said.

“I think you just spilled the beans. You’re trying to draw a moral equivalence between Israel and the Arabs.” I said. “But you have to be more thoughtful and careful. The settlements are clearly illegal. The Israelis are criminals there. They must go back or be forced back. But they’re not chopping off heads for failure to be paid. The Israelis are stupid, a bit nuts. But not wholly inhuman. You’ve described a society that has lost its humanity but justifies it because the people need to be ‘scared’ of criminality. And it’s an absolute monarchy led by tyrants. Not a word about how brutal it is in even its political and ideological foundations.”

“We were trying to show the other side of it.” He said.

“Why is there another side?” I asked. “Isn’t it possible there’s only one side…at least once in awhile? Isn’t it possible for some people, even societies, to be absolutely criminal on all sides?” I asked, “like maybe there is another side but it’s actually worse, not better? If there are two sides who said the other side is better? Boko Harum, ISIS, the Tutsis? The Saudis?”

“Well, in journalism school we learn that that is the beginning of bigotry. Assuming someone is all bad. Investigative journalism can discover the real other side.” He said.

“I think I’m glad I never went to journalism school. They seem a bit desperate.” I said.

“Maybe we can agree to disagree.” He suggested.

He shrugged his shoulders in a very relativistic way, and said, “I guess,” in a very amoral manner.

So I felt compelled to add, “and that last guy, the one who’s totally wrong?” He looked up. “That’s you.”
***
By MARQUEL: Can’t We Disagree on Disagreeing?