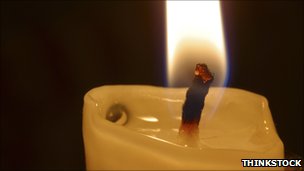 The Times just reported that a deadly Bronx fire was caused by candles.

Apparently the trend is to use candles “to make our work more romantic,” said an arsonist when interviewed on Rikers Island.

This may be the most successful attempt to date at softening our public image.

The NYPD must have heard the same rumor because this Christmas season all sales of candles in the Bronx will require a background check and picture id.

The other four boroughs have no such restrictions because as the police and Rikers prisoners admit, the pyromaniacs are “limiting it to the Bronx right now to see what the results are and also because the Bronx is so depressing that they deserve a little more candlelight.”

For the Times’ reporting read – http://nyti.ms/1dbtIYF