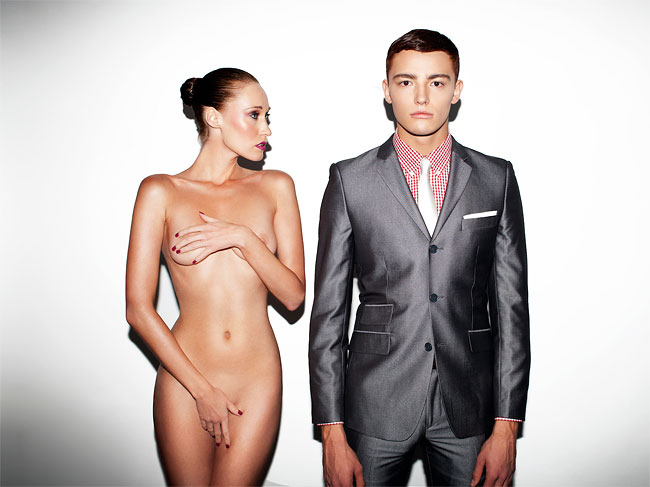 Marquel the New York Times TPV love correspondent had a very hard day. Reading Video Rant, Then Deadly Rampage in California Town terrified him: A college student who documented his rage against women for rejecting him killed six people and wounded 13 others during a spasm of terror on Friday night.

The kid should have ignored the virgin part and concentrated on the date part. But there was more. There was the time when he fell asleep in class and his classmates taped his head to the desk. I don’t think that would interfere with his dating that much, unless he was unable to take off the tape. He spoke about the problem he had with “stuck up blondes” but Marquel was no foreigner to that problem either.

On the other hand, the kid’s solution to his dating problems seems inappropriate:

“I do not know why you girls aren’t attracted to me,” he said, “But I will punish you all for it.”

That might have been the wrong approach. At some point in his story, he

“headed to a sorority and banged on the door for two minutes. When no one answered he fired on people outside.”

Marquel didn’t want to be judgmental, nor speak ill of the dead. But echoing through his head was the phrase, “not good dating strategy.” But certainly the worst strategic error was when he posted a video declaring himself a 22 year old virgin. When Marquel was a kid, everyone boasted of not being a virgin, usually about five years prematurely. Something was wrong here. Bad dating strategy for sure.

Marquel decided to talk with his best dude friends who could help him create a sure fire formula to avoid this strategy in the future. He called Carlos and got no answer. Last night’s date had obviously been successful. So, he called Jose. No answer there either. Not surprising. Jose was Marquel’s most successful friend, at least in the dating category.

Finally, Marquel called Miguel. Miguel is married, but he wasn’t before he got married. He was a dude’s dude. And he answered right away. There were babies crying in the background.

“Miguel, did you read about this guy in California? The 22 year old virgin?” I asked.

“Listen, I’m trying to figure out what he should have done to avoid all this.” I said.

“Okay, that’s a good start. Say you were giving advice.” I said. “What would you tell a young man to avoid that fate?”

“Anybody can get a date.” He said.

“Well, this guy had a desk taped to his head.” I said.

“Le’ts say he did, but that embarrassment has got to last.” I said.

“What you do with embarrassment,” said Miguel, “is lie. Lying is crucial. He says it never happened to him, or his twin brother. Or say it was a science experiment and you told them to do it. Anything. It’s not a big problem. I’ve been in that situation before. Never had a problem with the females.”

“You had your head taped to your desk?” I asked.

“What embarrassed you?” I asked.

“Got turned down for a date.” He said.

“Good,” I said, while I could hear Miguel gasp at the other end of the line. “That’s a good start. So what did you do?”

“Told some other girl that the first girl asked me out but I said no, because I liked the second one better. Worked like a charm.” He said.

“God, you’ve got the answers,” I said. “There’s a bit more, though. He said he was turned down by every snotty blonde he ever met.”

“Everybody has that problem.” He said. “Don’t date blondes. Date Latinos. Mamma mia!”

“Okay, so he must have overreacted. I think he needed someone to advise him.” I said.

“That dude obviously had some heavy shit.” Miguel said.

“Afraid so,” I said. “He went to a sorority house and banged on the door. When nobody answered, he pulled a gun and started shooting.”

“No, I think by that point he was trying to kill them.” I said.

“Miguel, you’re a real friend. Thanks.” I said. “One more thing. This dude posted a video that said he was a virgin.”

“That can’t be true. Who would do that?” he asked.

“There you go,” said Miguel, as if that were the answer to everything. Maybe he was right.

I called back Carlos. Again no answer. I called Jose. A girl answered. I asked for Jose.

“It’s still going, if you people could stop calling. My girlfriend picked up the phone because she couldn’t stand my ring tone.”

“Peacock. Katy Perry. It surprises everybody.” He said.

“Listen,” I said. “Did you hear about that 22 year old virgin who killed all those people?”

“Can I get some advice from you?” I asked.

“Why, thinking of being a virgin? That’s pretty much a one way street. Probably the longest one way street in the world.” He said, laughing.

“No, I want to figure out what went wrong with this kid. They taped his head to his desk in school.” I said

“Big deal. They locked me in a closet.” He said.

“I think the taped head is worse than being locked in a closet.” I said.

“Not if it happens every day.” He said.

“Wow, I never would have guessed,” I said.

“Yeah, well, there were dudes who hated me. But that made the girls go even crazier.” He said.

“They felt sorry for me.” he said.

“This guy said he was always turned down by snotty blondes.” I said.

“He also said that he didn’t know why girls weren’t attracted to him, but he would punish them for it.”

“Apparently not,” I said. “He also went to a sorority and when they didn’t come to the door, he started shooting.”

“Yeah, dude,” I said. “He also posted a video saying he was a virgin.”

“What do you mean? Miguel told me it was the kiss of death.” I said.

“Normally yes, but if it’s coupled with a request for help, you might get it. There are plenty of girls who find that interesting.” He said.

“No kidding?” I heard him grunt. “So it depends upon how it’s done. But this dude was more likely to say something like I’m a virgin and it’s all your fault”

“Exactly,” said Jose. “He’s got to say it’s his own fault and won’t someone help him. I’ll bet he would have received a hundred offers.”

“Maybe dinner. This could take longer than you might think.” He said.

I called Carlos again. He finally answered. It was almost noon, after all. I told the whole story. Carlos was unimpressed. The desk, the threat, the stuck up blondes, the gun, the video.

“That won’t help,” said Carlos, “but it won’t hurt either. This dude didn’t know the secret to dating.”

“Think about who you called. Me, Miguel, and Jose.” said Carlos. “And you say you don’t know the key to dating success?”

I hesitated. All I could say was “Ummm…”

“Dude! You gotta be Latino! That’s the secret to dating success. Any of your Latino friends have dating problems?” he asked.

“Well, you made the right choice unconsciously. Everybody knows the key to dating success. But the door is closed to all but the sexy few. Want supper?”

BY MARQUEL: Tapes, Guns, and Sex. Lack of Sex