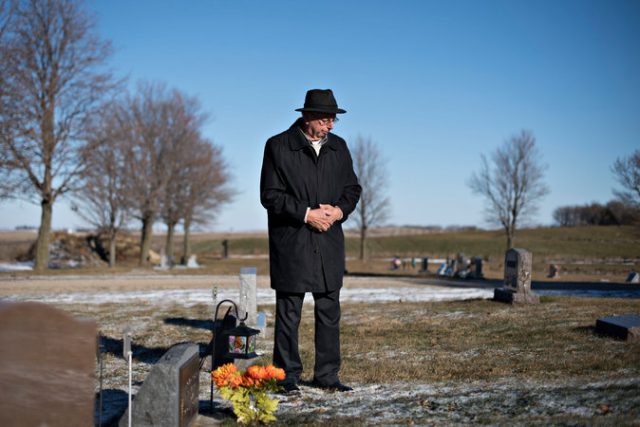 Marquel, TPVs NYTimes Rock and Roll Section correspondent was thinking hard to find the benefits of marriage when he received a call from his friend to read Sex, Dementia and a Husband on Trial at Age 78. The husband apparently had sex with his wife of fifty years in an Iowa nursing home for Alzheimer’s patients where they said the wife was incapable of giving consent.

Both were 78 and both were widows since before they married in 2007. In their seven year marriage they appeared to love each other, apparently engage in sex, and to voice no objections to anyone about any part of their marriage. At the home where the husband visited multiple times daily, she always welcomed him.

But a neurologist testified she couldn’t consent. They don’t seem to have considered whether she could refuse, or even scream perhaps. At this age, another expert testified, intimacy is unusually valuable. But not to the neurologist who insisted she was unable to consent.

So the cops arrested the husband and he’ll be tried for a form of rape. A nine term state legislator, he has resigned his position to defend himself.

This was a case where talking to the prosecutor and main witness, the neurologist, seemed essential.

Marquel wondered why consent had to be expressly given. Wasn’t her acceptance of him consent, and failure to object in any way?

“Basically this woman had no working brain left. She couldn’t understand simple words and washed her hands in the toilet bowl. She couldn’t consent.”

“Why is that important? She accepted it. At 78, isn’t that enough? Did she scream or fail to welcome him happily the next time he visited?” Marquel asked.

“We don’t know if she could object  But we know she couldn’t consent.” Said the DA.

“If you don’t know if she could object, what makes you so certain that she couldn’t consent?” I asked.

“The neurologist offered us positive proof she couldn’t consent ” He said.

“Did he offer positive proof that she couldn’t object?” Marquel asked.

“I think you’re wrong. If she could object and didn’t, doesn’t that undermine the neurologist’s opinion that she couldn’t consent?”

“I think you’re getting a bit too theoretical when we have a man repeatedly having sex with an Alzheimer’s patient incapable of consent.” He said.

“Correction  with his wife.” I said.

“What diff? You still need consent.” He said.

“But isn’t this all theoretical? Isn’t this whole case about making a point? There’s no evidence she was hurt in any way or remotely unwilling. You’re making this man suffer to make a point. Why don’t you have the legislature consider a law, or not, and leave this man alone?” I asked.

“This man? He’s a sex maniac. People his age shouldn’t be having sex.” He said.

“He was there every day fucking her?” He shouted.

“From what I read he was there every day soothing her, praying with her, doing the Rosary with her. There are at best a handful of incidents that may have involved sex.”

“Why would you visit somebody who can’t talk, who can’t react?” He asked. “He was  there to abuse her.”

“Maybe because you love the person, and since you’re married, maybe have sex occasionally.” I said.

“You can’t have sex with anyone, even your spouse, without consent.” He said. “This is all about sex. Too much sex today. It’s disgusting. Especially old people.”

“But what else do they have to do? Especially with Alzheimer’s  It might be the only thing you know that you can still do. And it’s pleasant!” I said, feeling I’d understated my point.

He just shook his head, put his finger in his mouth as if vomiting, and stared at me. “Gotta have consent,” was all he said.

I could see we were going nowhere. “Well that goes with interviews, too,” I said and so I left, hoping he’d see that both consent and refusal can be evidenced by conduct, not just words.

By MARQUEL: The Power of Words