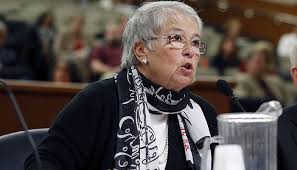 From The New York Times:

Even though minorities tended to score poorly on the test, the exam evaluated the skills necessary to do the job, a federal judge said. But the dean of Mercy College, many of whose students failed, said the test measures “eloquence,” which he is “not sure what a good teacher needs.” In fact, he said,

“The question is, is that one of the criterion for determining who will be a good teacher? My sense is that the answer is no.”

Marquel pondered this. If everyone who passed this test was truly eloquent, he felt the exam was worthwhile, discriminatory or not. How many teachers are eloquent? But this test, according to this slippery dean (What dean do you know who is eloquent. None that Marquel knows), would ensure that all our kids’ teachers are eloquent. Who woulda thunk it?
Marquel was excited for the future. Instead of the losers presently going through the DOE, we are about to have 100% eloquent teachers. That’s close to a miracle. Maybe more than close. But Marquel had his doubts. Something like 60% of whites and 40% of minorities were, according to plaintiff’s lawyer, eloquent. Where did they find such a cohort?
Marquel called the dean. “Why don’t you want teachers to be eloquent?” Marquel asked.

“I’d like them to be, but to make it a requirement seems mistaken. How many people can be eloquent?” Asked the dean.

“According to you, almost everybody. You said this test measures eloquence. Now we have thousands of newly certified teachers who are eloquent. How could that be bad?” Asked Marquel.

“Who said they’re all eloquent?” He asked.

“You did. You said the test measures eloquence and teachers don’t need to be eloquent.” I said.

“”I didn’t say they were all eloquent.” He said.

“I think you did. You said the test measures eloquence. Those who passed, therefore, according to you, are eloquent.” I said.

“I never implied they were all eloquent.” He argued.

“Oh I think so. More than implied. The trouble seems to be that you’re not eloquent so you don’t know exactly what you conveyed.” I said.

“Which, according to you, is not much, right?” I asked.

“I don’t think a teacher has to parse every sentence coming out of her mouth and match every adverb to a verb. That’s all.” He said.

“But this was a written test, not an oral one. At worst it asked teachers to recognize correctly parsed sentences and matching modifiers.” I said. “What was so eloquent about it?”

“Well take good and well. Does a student suffer if a teacher says, ‘you did good’ instead of  ‘well?’ “

“Um, yes, I think he or she does. Don’t we want our kids to master standard English? You call that eloquence? I call it basic literacy.” I said.

“It’s over the top to me.” He complained.

“It seems to me you have a view of the bottom which you call the top. But it’s not. It’s the bottom.
“It’s all to the well,” he said. It was cryptic. But, I suppose, telling.
BY MARQUEL: DOING GOOD