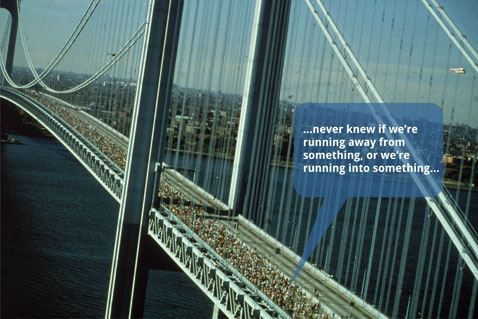 Since Sunday, tropical storm Sandy has proved to be the man in charge in New York City. Sandy’s reign came as ConEdison once again proved that while Americans detest socialism, they do enjoy the lack of market competitiveness which comes with monopoly. And, of course, both Sandy and ConEdison benefited from the New Yorkers’ quiet desperation. Since Sunday, my fellow New Yorkers have found both nervous and sanitary relief in crossing streets on the red or jaywalking right in front of various apathetic NYPD officers. At no point have they considered protesting the inept local and national leadership which allow power plants to be disturbed by and disturb the lives of millions at the slightest change in the wind direction as if they were Mary Poppins.

But this is minor bickering as long as New York remains a better place to live in than Sudan, a Zabar patron reminded me with the Upper West Sider’s ignorant determination to believe superiority and knowledge come with geography. Alas, sanitation may come with geography, but also the problems of too much inbreeding and limitless human defects.

Until the next strong wind let’s be merry and enjoy the approaching NYC Marathon and toast to its Ethiopian or perhaps Kenyan winner.