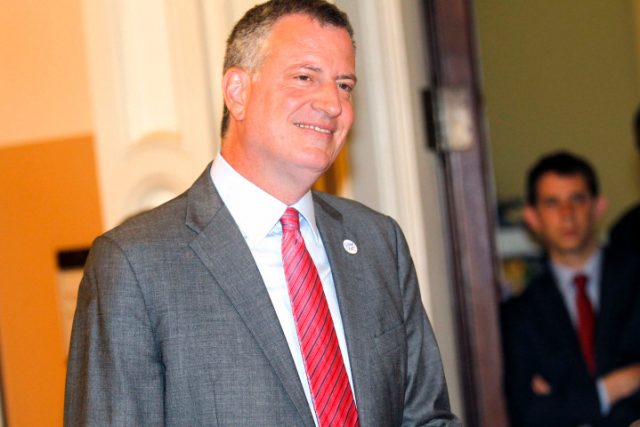 Here, each hole starts on Wednesdays and this is what fell through this past week, in more than one way or day:

[embedyt]http://www.youtube.com/watch?v=cy8gKWxnKlM[/embedyt]On Wednesday, July 15, Bill the Blassio, NYC Mayor, finalized his plans to go to Italy for a 9 1/2 day (not week!) family vacation.

On Thursday, July 16, ex-mayor Bloomberg called an employee and asked her to post on Bloomberg News that he never took more than $1 from the City and never dreamed of taking any vacation away from the city. His entire time at City Hall was a vacation.

Why can’t Bill de Blasio delegate stuff and relax? Why does he need to take a “vacation”? Does he want to prove he’s better than us?

Friday, July 17, former NYC mayor, bully Giuliani, called a press conference to express his disbelief at the news the current NYC mayor intended to go on a 9 1/2 day vacation to Italy:

I brought my family here why can’t he bring his family here? Does he want to keep some Mafia connections going on? I’m just saying, said the ex-mayor known for destroying one family while enabling another.

On Saturday, July 18,  NYC Mayor de Blasio, with wife Chirlane and children Chiara and Dante, took the plane to Napoli, to visit the ancestral home of his maternal grandparents.

On Monday, July 20, the de Blasios continued to sufferer from jetlag. The Ukrainian separatists shot down a Malaysian plane searching for an airport to land.

On Tuesday, July 21, 2014, the de Blasios decided to recreate Roman Holiday with Bill playing the role of the journalist and Chirlane that of the princess. The New York Post missed the scoop.

BY DANA NEACSU: TheWeekholeView: Interfaith Agreements – This Land is Your Land. This Land Is My Land