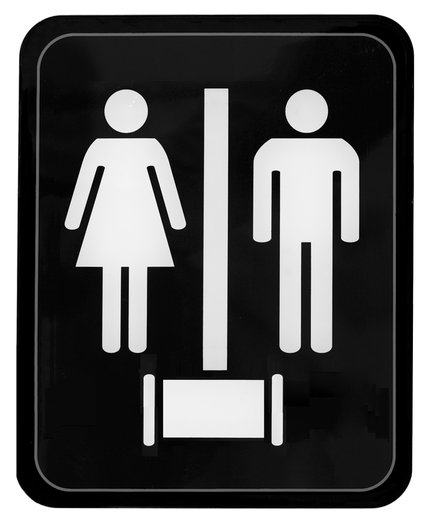 Even if The New York Times wrote about his adventures, Marquel couldn’t get anyone in New York to believe that he spent one year in South Carolina,  locked up for using the wrong bathroom. So, he reached out to its former employer, through a series of texts and sexts, and TPV made sense of them and ran his story. Though incredible, it is a complicated story to relate:

“So which one did you use in the end?” was the most common question and nobody was satisfied with the truth: “Both. “

Marquel explained about the sign.  It said,  “know your identity. ” So, Marquel pulled out his license and presented it.

“Not that identity,”  said the south Carolina troopers,  several drinking beers and generally enjoying the sunny afternoon. “you got to know what you  identify with.”

He pointed first to the men’s room then just as dramatically to the lady’s’.
Marquel stepped inside the men’s facility and surveyed the mess.  it was hard to identify with that level of dishevelment, so he backed out and entered the ladies’. There where a few flashes of color and flowers from pulled down skirts in a couple of the occupied units and there was no graffiti on the mirror.  Well,  marquel found himself identifying.
He backed out of both and stared.  The troopers guffawed.

“So which is it you identify with, ’cause that’s the one for you!

“Let’s see whatcha got there! “

They pulled his already undone jeans down and took a look.

“Why I can’t identify that at all! ” exclaimed one.

Marquel had to revisit both sections again, but that constituted the last straw in South Carolina.  With his pants around his knees,  and his appreciative views of the decorative features,  they cuffed him and arrested him for “peeping.”

At the trial his lawyer emphasized that you really couldn’t know what you identify with without a little “peeping.”

But, that did not make any sense to the Judge, who thought how providential to have to occupy one of the bathrooms with Marquel, so there would be less choice in the marvelous state of South Carolina.
And that was how Marquel came to be where he was released from two days ago.
***
By Marquel: The Transgender Bathroom Adventures of Marquel