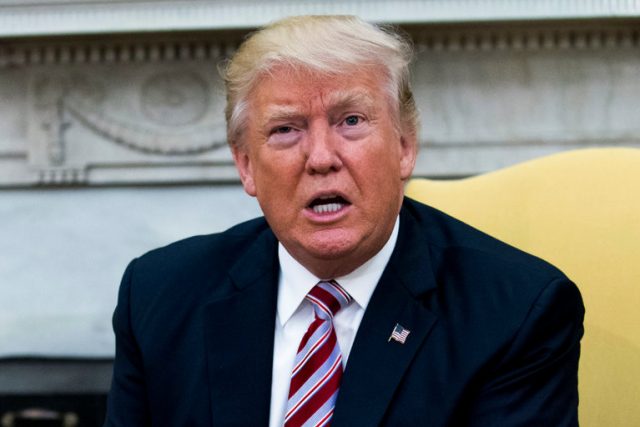 “Mr. Trump said on Friday morning that no one should expect his White House to give completely accurate information.”

The rest of the article was about the contradictory reports surrounding Trump’s firing of Comey, so Marquel went to the White House daily briefing. It had been cancelled. The room was empty and Marquel sat in his usual seat. He picked up his phone to check his tweets. The room was quiet and empty. Marquel enjoyed the solitude.

Suddenly, a voice boomed out, “Who the hell are you?”

It was the Trumpster! “Marquel, from TPV.”

“I thought we got rid of you.” He laughed, “Where’s everybody else?”

“I was told it was cancelled.” Marquel explained.

“Who cancelled it?” Asked POTUS.

“You did'” Marquel answered.

“A lie?” Marquel asked quietly. The man was really overpowering.

“Yes. He lies all the time.” Said Trump.

” Are you talking about the president?” Suggested Marquel.

“Who else? Hey have you heard this one?” Started trump, “how can you tell when the president is lying?” He paused. “When his lips are moving.!” He answered. “I know it’s an old one.”

“Yeah, they say that about lawyers,” Marquel said.

“Nothing compared to Trump,” said Trump.

“So what about the press conference?” I asked.

“This is it. I’m going to fire everybody in this building.” He chuckled and continued, “That includes you!” Pointing his index finger at me.

I raised my hand.

“About Comey. He says you asked him for loyalty but you deny that.” I stated.

“You believe that?” He asked.

I nodded, at a loss for words.

“Well I wouldn’t. They’re a pack of liars.” He admitted.

“Including your denial?” I inquired.

“I wouldn’t believe a word the president said,” he protested.

“So you’re telling me, as the president of the United States, that Trump is a liar?” I asked.

“How would we know you’re telling the truth?” I digressed.

“I might,” he said, curling his lip on only one side.

“How could you if you fired you?” I said, I think.

Suddenly three burly men tackled him, and one gave him an injection in the arm, right through his shirt. They bundled him off.

“Press conference is over,” said the last man standing.

“I thought it was cancelled,” I argued.

“Don’t believe it,” he said, rather convincingly. I went home to write my report. I read it through to this point and still don’t know what to believe.

***
By MARQUEL: Trumps Warns Us about the Future