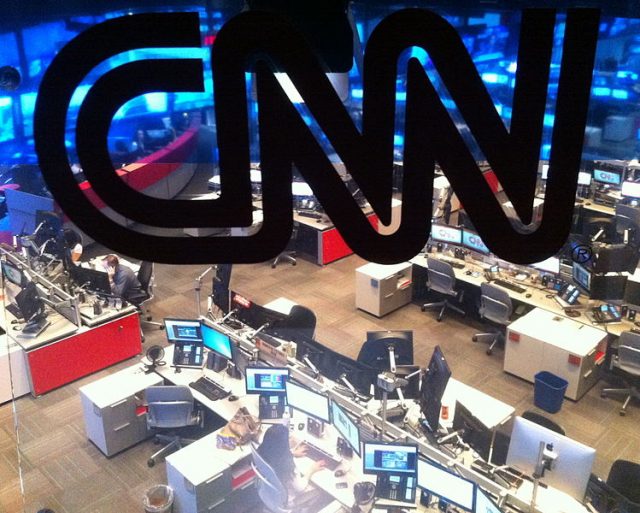 Everybody knows the body parts of the Media. Maybe because most of the time the Media with and mostly without Balls is all there is out there.  In an unexpected turn of events a recent media spectacle showed another unknown, ergo unused body part, the Brain.

Unfortunately, a joke is not as potent as “news”, so the media started reporting the hoax in a dull manner, as news.

The Independent wrote up a story from @solikearose’s tweets. That story was then tweeted out by the Drudge Report. Next Mashable, The New York Post, The Daily Mail, Esquire, and Vaiety published stories based on one or both tweets from @solikerose.

The story stated that in Boston, Massachusetts, viewers who were watching the newest episode of “Anthony Bourain’s Parts Unknown” got a rude awakening when explicit material starring adult transsexual actress Riley Quinn was played instead.

All news outlets claimed the error stemmed from RCN, a local cable TV provider in New Jersey that provides CNN for the city.

Funny! But, is brainlessness limited to the media outside CNN? No. The bureaucrats at CNN sensing they could save themselves if they quickly blamed the cable provider, RCN, acted fast and asked the in-house counsel for advice. And here’s what CNN released the following morning, November 25th:

“The RCN cable operator in Boston aired inappropriate content for 30 minutes on CNN last night. CNN has asked for an explanation.”

CNN admitted RNC’s wrong-doing while clearly having no clue about the veracity of the reports! Hours later, when CNN’s hangover must have gone, the house counsel had a change of heart.

Despite media reports to the contrary, RCN assures us that there was no interruption of CNN’s programming in the Boston area last night.

Okay CNN, someone made fun of you and you joined in the guys who started throwing stones at your glass windows. Baffles us at TPV, but it must be good for the ratings.

By DANA NEACSU: The Unknown Body Parts of Media