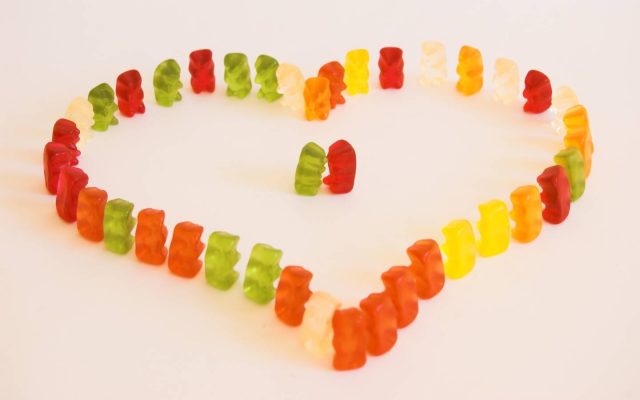 Marquel, TPVs NYTimes Mystery Meat Section correspondent, was making a tofu burger for a friend, when he read Why Cafeteria Food Is the Best. Many parents undoubtedly think they are doing the best for their children by having them bring lunch from home instead of eating the lunches served in school.

But recent studies clearly prove them wrong. Apparently mothers like to please their children by giving them lots of sweets, desserts, and chips or, generally, what they get at home. Marquel could remember the cafeteria food, its mystery meat, pizzas on English muffins, and helpful servings of all the things the food pyramid says you should have. The trouble was that no matter where it came from on the pyramid, it all went to the identical taste bud. The one that tastes nothing.

Marquel went over to p.s. 969 and took a look at what parents were sending with their kids for lunch.

“What’s for lunch?” Repeated one mother to me, “look in the bag. A peanut butter and jelly sandwich. That’s an American standby, so you can’t criticise that. And a portion of gummi bears for dessert, some chips, and chocolate milk.”

“I think you’re right about the sandwich. But according to the Times, you have way too many sweets and calories, fried foods, the chips, and oversweetened beverages. And no fiber or fruits.” Marquel said.
“Oh yeah? They should eat that cafeteria trash? It all tastes like weak beef broth. The meat, the vegetables, the fruit, the skin milk. Weak beef broth! My kids would vomit!” She said.
Marquel approached another mom.

“What do I have here? It’s all healthy. String cheese. The kids love it. A container of Apple sauce. Cinnamon. Two Yodels for dessert. And kool aid to drink.” She said, puffing out her chest.

“I think the government would only approve the apple sauce but it’s probably oversweetened just like the kool aid, and, heavens, the Yodels. Too many calories, still not much fiber, and a lot of sugar. You’ll have a fatty soon.” Marquel said.

The woman said, “Well!,” putting a protective arm around a clearly obese child I hadn’t seen until then, and said, “you’re so rude. And stupid. Have you ever seen what the cafeteria serves? It’s all last week’s food and it tastes like it died this morning.”

I tried to apologize to no avail and said, “her packed lunch should resemble the healthy food you feed her at home.”

“That’s exactly what she eats at home. Only twice as much because there’s not enough time to eat at school.” She said.

I went to another mom and her bag of cold chicken fingers, two small bags of chips, a Twinkie, and a large bottle of mango lemonade didn’t seem to make the grade.

All she said was, “that’s what she gets at home, cause she LIKES it, get it?”

“She could use some more fiber and less sweets,” I said and went on.

A father didn’t know what was in the bag. “My wife packed it. Let’s see, two sushi rolls, a pear, a bag of Cheet Os, a Devil Dog, and a thermos of Coke. How’d I do?”

“I don’t know. It sounds weird but you’ve got those processed foods, high caloric drinks and sweets, a touch of fiber. I think Michelle would shake a finger at you.” I said.

“Well, fuck her, I’ve seen my wife give this to the kids every day for lunch at home. Why is it suddenly bad in school?” He asked.

“I dunno. Maybe it’s bad at home too. I’m just doing a story.” I said.
I tried one more. This one was aggressive and prepared.

“Listen mister kitchen police, I give them the same lunch at school I’d serve at home. A sandwch of white bread and cheese. Two Ding Dongs, a chocolate bar, and orange soda. If I send them to the cafeteria they eat nothing. You want me to starve my kids?”

“Of course not. I just wanted to see if the Times was right. They wrote that cafeteria food is better than bagged lunches from home.” I said.

“That’s rich,” she said, “you eat that food you vomit. It’s healthy only by the labels. Only a hungry dog would eat that shit. Food has to taste.” She said.

“It tastes. Sort of in a negative way. It’s got like no taste. Negative taste. Humans weren’t meant to digest that. It’s like quantum mechanics. It makes no sense.” She said.

“What do you know about quantum mechanics,” I asked, suddenly interested.

I went home wondering if it were possible for quantum mechanics to taste like shit. But I knew cafeteria food is indigestible, and that if all the kids were getting sent to school with food that they ate at home, the problem was not school lunches.
I went home. I fixed myself a marshmallow and butter sandwich on white bread and a large bottle of celery soda, and took a nap.
***
By Marquel: Bad Food or Bad Habits?