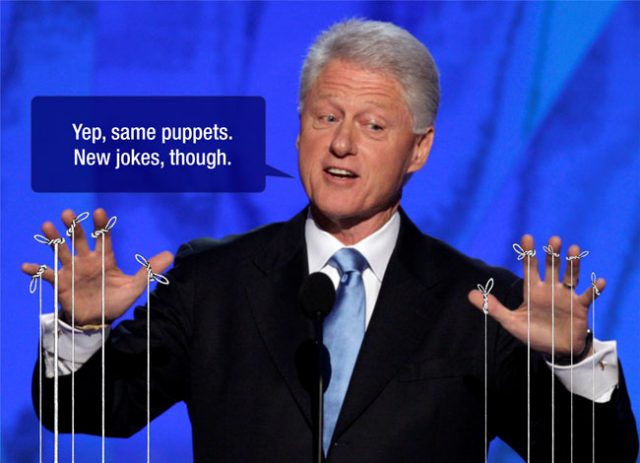 Last night, Bubba nominated Obama at the Democratic National Convention. Bubba gave us all a taste of what we would like to, but we cannot be. It does not matter the reason for our dreams and failure.  It matters only that Bubba is what he has always been — great. Long live Bubba! He did the job for Barack Obama. As the Daily News put it, it was the speech the President couldn’t give but desperately needed. 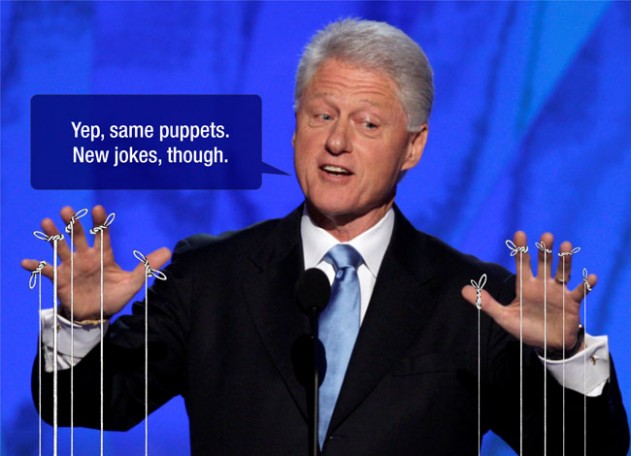 But we all knew that Bill Clinton can deliver. He gave us a good life for eight years. He also entertained us with his cigars. But look at the price we have to pay for those eight years. Hillary won’t leave us alone. Chelsea is getting ready to exude on the political scene. Gail Collins just told us that Chelsea’s husband may expect our gratitude too, because his mother was the Congresswoman who gave Bill some needed job  … at that time.  And now, we have to put up with Obama’s re-election and the ambitions of Obama’s relatives.

All this because Bubba can deliver. Thanks, Bill, but no thanks. Isn’t there another man or woman with the sparks to make it big for themselves, because they make it big for us? Bubba, wouldn’t it be more rewarding for a man like you to find and promote real talent rather than prop up mediocrity and nepotism?