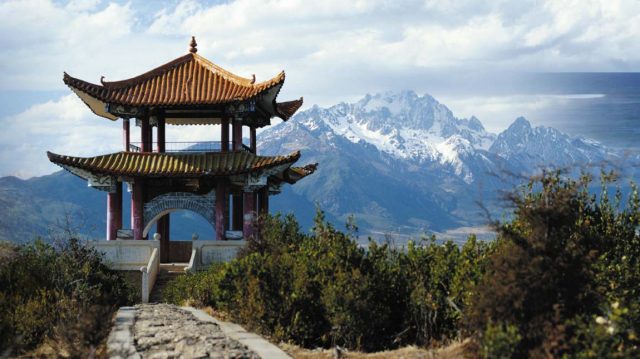 Marquel, TPVs NYTimes 38th Parallel Section commentator,was making a kite, when he read U.S. Asks China to Help Rein In Korean Hackers. As part of its response to the cyber-attacks on Sony Pictures, the Obama administration has asked China to assist in blocking North Korea’s ability to launch such attacks.

There is, unsurprisingly, a split in the administration over turning to one of our biggest adversaries to pound the nose of what effectively is the neighborhood midget. But Obama really believes in working with everyone at the table, just as Hillary believes that it takes a village.

Marquel was surprised that he almost got an interview with the President but when he told them he was a Communist they shook their heads and said, “nope, no communists.”

“But guys, the story’s about Obama making a deal with Communist China to protect us. And we just normalized relations with Communist Cuba. The prostitutes there will all speak English. Castro promised!” Exclaimed Marquel.

But the President’s aides were undeterred. They didn’t seem to understand Marquel’s argument nor even what Communism was except bad. Whatever the president was doing with them didn’t give any rights to communists to talk to the President. Instead, Marquel was given Michelle’s pinochle partner to interview. She was assisted by an NSA operative.

“So isn’t this like buying protection from the Mafia? Why do we need the Chinese to protect us from the Koreans?” I asked.

“Well truly,”said Janet, Michelle’s card partner, “it does sound embarrassing. I would think the Chinese would be asking for our help.”

“The circumstances are peculiar. Only the Chinese have the connections, you might say the electronic doors, to North Korean computers.” Said the NSA.

“Yes,” I agreed, “it does seem like we’re going to the bad guys and begging them not to hit us or something.”

“No so far it’s gone very smoothly. Once the Chinese had all our keys, they went right to work and immunized all the U.S.companies from the Koreans.” Said the NSA.

“Too protect Sony, for instance you need the keys to Sony. China needs that to secure the Sony connection.” Said the NSA.

“But that’s just Sony. Who’d they know to protect?” I asked.

“The President said he wanted us locked up like a safe. So we gave China all the keys. Now everything is safe. “

“From whom?” I asked. “From the Koreans or the Chinese?”

“From the Koreans.” Said the NSA.

“But now China has all the tools to shut us down. Do they have Wal-Mart?” I asked. NSA shook his head and Janet cried, “Oh my god I shop there. So does Michelle!”

The NSA man nodded and Janet said, ” Oh my god I shop there. And so does Michelle!”

NSA nodded, Janet exclaimed, “oh my God I shop there. So does Michelle!”

“Oh my God Michelle, Barack, and I shop there!” Said Janet.

“In other words we gave the keys to every company in America to China in order to stick our finger in North Korea’s  eyes.” I observed.

“The president’s the decider,” said the NSA man.

Janet had her head on the table and was wailing, ” Bergdorf’s, Neiman’s, Nordstrom, Wal-Mart! Life won’t be worth living!”

I patted her arm and consoled her, saying, “I’m sure Michelle feels exactly the same.