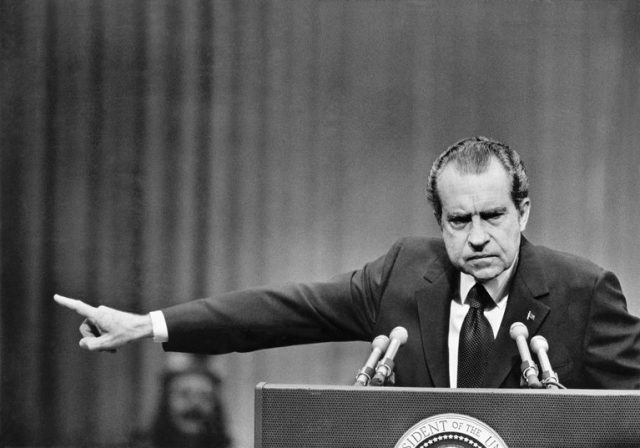 Marquel was reading about Watergate II, In Trump’s Firing of James Comey, Echoes of Watergate, when the phone rang. It was Mufi.

“Marquel, I have a new dish for you to taste.” Said Mufi.

Marquel understood right away. It was a signal and it was top secret. “When will it be ready?” Asked Marquel.

That meant it was a scoop and he’d better hurry. He Citi biked down to Bayard street and knocked on the unmarked restaurant’s door.

“Come on in and go to my office,” said Mufi, handing Marquel a large manila folder.

Marquel sat at Mufi’s Calder-shaped table. It had no delineated sides and had first been suggested as the Vietnam war peace conference table before they chose a round one so Mufi got it at a bargain price.He read the file with fascination and more than a little scepticism.
“How did you get this?” Inquired Marcel, “and from whom?”

“From the Belgians,” Mufi answered. Mufi had contacts from all over the world from when he had worked as a top secret spy for the U.S., USSR, and China all at the same time..

“Well I would trust the Swedes. They know everything. But I don’t know about the Danes.” Objected Marquel.

“Not the Danes. A Danish.” Interrupted Mufi.

“It was in a pastry left over from a White House dinner.” Said Mufi.

All of these documents?” Asked Marquel.

“No, just the first sheet. Read it.” Commanded Mufi.

I read it. It was titled “Document of Pardon” and signed by Mike Pence. It was not dated.
“Is this what I think it is?” I asked.

“Seems to be,” said Mufi. “It’s Watergate. Remember when Nixon resigned saying he was no crook and as soon as Gerald Ford took office, his first act was to pardon Nixon for unspecified crimes.”

I read the entire document. Sure enough it pardoned Donald Trump for “any and all crimes and misdemeanors or offenses in the past that he may or may not have committed before or while and after he assumed the presidency.” Could that be legal? Can you be pardoned for an unknown crime? For a crime you didn’t commit? I asked Mufi, who has a Ph.D in international law from Oxford and Cambridge, and an honorary one from Harvard.

“Those questions roiled the news for several years but nobody was willing to challenge it.” Explained Mufi.

“But this is a deal. Pence gets to be president and Trump goes free.” I objected.

“Yes it’s unsavory. Look at the other side.” He hinted.

It was a  pardon of Pence signed but undated by Trump using the same language. I thought I knew but I asked Mufi anyway. “How does this work?”

“Unless some brave federal prosecutor indicts Trump in the small interval between his resignation and pardon. Read the rest.”

I did. It was a memo from a federal office that was blacked out suggesting an indictment be prepared. “Where’s this from?” I asked.

“Your guess is as good as mine. Ask the Belgians,” said Mufi.

“But maybe they have a Danish,” Mufi hoped.