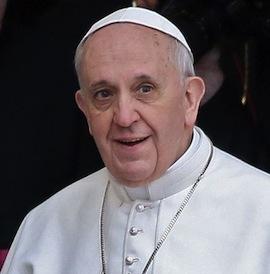 I never visited Argentina, though I am sure Argentina has great steak and amazing ski slopes. That is because I tend to associate it with the Nazi haven books and films like “The Odessa File” and “The Boys From Brazil” make it look like. It does not help that 5,000 notable Nazis fled justice by hiding in Argentina.

But now, things are looking better for my relationship with Argentina. I hear that the new Pope comes from Argentina, and if there is one thing I like about Argentina is its form of Catholicism, liberation theology. Oops, this pope does not adhere to it. Nevertheless, he must have opposed the military junta. Not really, says Der Speigel. For many in Argentina Jorge Mario Bergoglio, now Francis I, remains

a power-hungry man who betrayed [the accuser’s]  brother and the Hungarian Jesuit Franz Jalics to Argentina’s military dictatorship. A man who did nothing to stop the two faithful from being locked up in prison for five months and tortured. “He” is Pope Francis.

Don’t tell me that he is another Vichy-type of collabo like Petain? If I had a choice I would prefer Francis I to emulate Coco Chanel. What? That cannot be possible because Francis does not like the gays? Oh, but opposing gay marriage is so French. What about AIDS, would he favor condoms? Of course not for himself.

Perhaps I should just be happy that he likes soap and he did not mind washing the feet of 12 AIDS patients. No one can deny the impact of such a gesture: impressive for the individual, especially if bare-foot for a long time.

So, Pope Francis I, you are in good company because no leader in today’s world seems to engage in anything more than you do: himself. Welcome aboard!