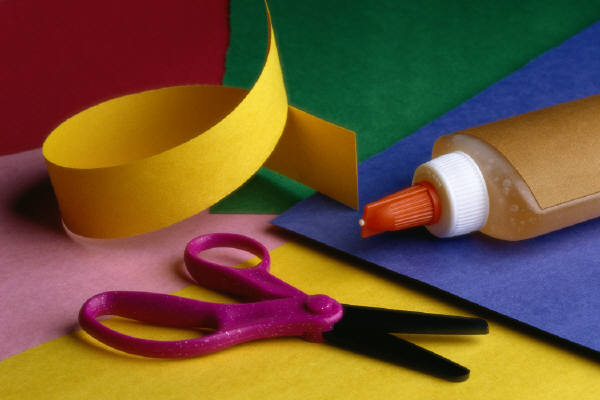 As each day piles up the evidence of Donald Trump’s malfeasance, deception, callousness, cruelty, evasion, ignorance and incompetence, let us take care not to let the daily blizzard blot out collective memory of how we got here. The ongoing live-streaming horror show has a history, and like climate change it was caused by human activities — lots of them. Reader, not to wallow but to keep this grotesque history fresh, as it deserves to be, let us conduct a brief review, inspired, in part, by the publication of Susan Bordo’s new book, The Destruction of Hillary Clinton.

The ongoing live-streaming horror show has a history, and like climate change it was caused by human activities…

Republican congressional committees, having once made crimeless “Whitewater” a household name and Clinton’s suicidal friend Vince Foster a murder victim, undertook eight (eight!) congressional investigations into the 2012 Benghazi killings — more than the 2013 Boston Marathon bombing, the 2000 attack on the USS Cole, the 1998 embassy bombings in Kenya and Tanzania, the 1996 Khobar Tower bombing, the 1995 Oklahoma City bombing, and even the attacks of Sept. 11, 2001  put together. Benghazi “trended.” From the Benghazi hearings gushed forth the press obsession with Clinton’s emails, and her misidentification as a breaker of rules. Enter, then, James Comey to charge her and her team as “extremely careless.” But when Rep. Elijah Cummings, the ranking Democrat on the House Committee on Oversight and Government Reform put the lie to this accusation, no headlines emerged.

Instead, Putin-Assange hacking operations clogged the airwaves. Then, on Oct. 28, with 12 days remaining before Election Day, Comey barged in again with the announcement of a new investigation of material the FBI had not even read but, he said, “appeared to be pertinent” to the investigation that he had already closed without any criminal charge.

As for Clinton herself, she surely contributed to her own defeat. Her inner core of campaigners were tone-deaf as to what America was feeling. Her operations were in the hands of clueless number-crunchers. She was all too cozy with Wall Street heavies. Perhaps most damagingly, she did not convey a big programmatic message. Trump tapped gross angers but Clinton did not. And it must be said that not least among her challenges was that, had she tried, she would have been tarred as a deceitful, nasty woman. When a 2015 poll asked people what terms applied to the presidential candidates, the words most closely associated with Clinton were “liar,” “dishonest” and “untrustworthy” and one other candidate — not the bottom-feeder Donald Trump, not the documentably mendacious Ted Cruz, but the only other woman in the campaign, Carly Fiorina.

Journalism is not by itself responsible for popular sexism, and it was by no means Trump’s sole enabler, but it did help escort America — the Electoral College, anyway — over the cliff.

Journalism is not by itself responsible for popular sexism, and it was by no means Trump’s sole enabler, but it did help escort America — the Electoral College, anyway — over the cliff. And now, even as high-level journalism undergoes a modest renaissance and our best reporters diligently track the sinister history that landed Trump in the White House, some still operate under the spell of a deluded expectation that Trump, after a “pivot,” will throw off his freak mask and reveal that he is normal — “presidential” — after all.

Professional malpractice helped bring us to this pass. Trump triumphed not so much by convincing America that he was normal but by lowering the bar. He was not the liar, said the standard storyline; he was one of two liars. He was surely wilder than his adversary, but not as corrupt. He stood for the people, she stood against them. He, who had gorged himself in the swamp of New York real estate for decades, was clean; she was dirty. To tens of millions drive-by readers who do not pay much attention to the politics that devastates lives and distributes bounty — who consider news to be snippets of “what’s trending” — the plausible alternative to “Crooked Hillary,” “world-class liar,” was the pathological showman from Trump Tower.

All politicians are thieves, liars and knaves. Hillary Clinton, equipped (or saddled) with a long Washington history, was more culpable than Trump….

The Atlantic’s excellent James Fallows put together a time capsule of what was known, or could have been known, about Trump during the last six months of his campaign. The collected accusations against Hillary Clinton could be compiled for an equivalent time capsule. As the authoritative media scholar Thomas E. Patterson wrote, “The car wreck that was the 2016 election had many drivers. Journalists were not alone in the car, but their fingerprints were all over the wheel.”

The narrative of the drivers told a cynical story: All politicians are thieves, liars and knaves. Hillary Clinton, equipped (or saddled) with a long Washington history, was more culpable than Trump, whose privileged treatment by governments over the decades barely broke into public view. Did it matter to the public that, when the fact-checking site “PolitiFact checked 77 Trump statements [it] found that 76 percent of them were Mostly False, False or Pants on Fire”? Not so much. Did it matter to the media? Patterson put it this way:

Even The New York Times took seriously the publication of right-wing hack Peter Schweizer’s book, Clinton Cash: The Untold Story of How and Why Foreign Governments and Businesses Helped Make Bill and Hillary Rich, a triumph of insinuation passing for evidence and logic. As The Times’ public editor, Margaret Sullivan, noted in 2015, “major news organizations including The Times, The Washington Post and Fox News have exclusive agreements with the author to pursue the story lines found in the book.” (How three news organizations could achieve exclusive agreements to work from the same book went unexplained.) Times editors found some of Schweizer’s insinuations worthy of a misleading front-page report and defended that judgment by noting that Schweizer had got some of his ideas from The Times itself.

Schweizer, a onetime Breitbart editor-at-large, runs something called the Government Accountability Institute, based in his hometown in Tallahassee, Florida. It is funded partly by Mercer family money and partly by anonymous donors. His resumé includes speechwriting “consultation” for George W. Bush, paid advice to Sarah Palin, and movie collaboration with Steve Bannon on a documentary about Ronald Reagan called In the Face of Evil. Schweizer’s idea of investigative journalism is a spatter of dots wrenched together into a pseudo pattern. Taking his work seriously was an act of positioning as The Times bent over backward to prove it was not in the Clinton tank.

If voters were already disposed to feel abandoned by government, for good or bad reasons, this was a reassuring storyline. It sweetened their cynicism with the scent of evenhandedness.

If voters were already disposed to feel abandoned by government, for good or bad reasons, this was a reassuring storyline. It sweetened their cynicism with the scent of evenhandedness. And so, to a critical mass of undecided and inattentive voters, it did not seem outlandish when the Republican candidate maintained that Clinton “may be the most corrupt person ever to seek the presidency.” One of Trump’s favorite serial fabricators of crackpot theories, Alex Jones, called her a “lying whore” and “monstrous pig.” On Jones’ radio show, Trump complimented his host for his “amazing” reputation, slathering him with the most overused adjective in the universe since “awesome.” But on this front, Jones was not alone. It seemed nothing more than a restatement of common sense when Meet the Press’Chuck Todd called Clinton and Trump “the two most unpopular people running for president, probably going down a low road, led by Trump — Clinton probably feeling, doing the same thing, and it’s sort of this race to the bottom?”

Distinctions melted away. Every drop of ink in a glass of water colors it the same shade of black. The minuscule resumé-padding fudge (“I remember landing under sniper fire…we just ran with our heads down” at the airport in Sarajevo) looks equivalent to lying about whether you worked closely with a felonious Russian mobster who had a Trump Organization email address and business cards (“If he were sitting in the room right now, I really wouldn’t know what he looked like,” “I’m not that familiar with him”). The first quote in the previous sentence comes from a sworn deposition. No headlines for the perjury.

In 1980, having met a CBS News producer, I launched into a litany of complaints, none original, about the standard coverage of the Reagan-Carter campaign: the obsession with the state of the horse race, and with the campaigns’ backstage tactics; the failure, or refusal, to uncover much of Reagan’s abundant public record of harebrained opinions; the evidence of his inattention and ignorance; the protracted hysteria about the American hostages in Tehran; the neglect of crucial social and cultural changes at large in America; and so on. “I know,” the producer said, “we talk about this all the time. We just can’t figure out how to cover it differently.”

Here’s the good news: In the course of 36 years — encompassing that election and nine substantial elections — the major media have figured out some new ways to “cover” the most consequential single event on earth, America’s presidential election. Facts are checked. Lies are inventoried. (Sometimes, hallelujah, they are even called “lies.”) Questions, when evaded, are reasked. The habits of false equivalency are, at times, resisted. Polls, which proliferate faster than Trump’s falsehoods, are at times viewed with eyebrows lifted and standard errors mentioned.

But that Hillary Clinton, for all her flaws as a candidate, could have been demonized as she was in 2016 — in the media as well as in half the public — shows just how little, and late, journalism has learned.

TODD GITLIN is a professor of journalism and sociology and chair of the Ph.D. program in communications at Columbia University. He is the author of 16 books, including several on journalism and politics. His next book is a novel, The Opposition. Follow him on Twitter: @toddgitlin.