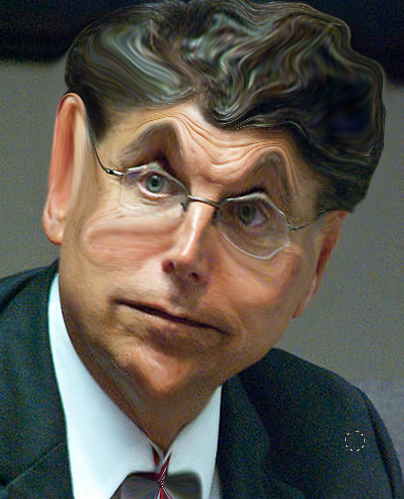 Marquel, TPVs NYTimes Pardon Me Section correspondent, was trying to give his seat to an injured war veteran, when he had to sit down again and read Pardons Elude North Carolina Men Exonerated After Decades in Prison.

Henry L. McCollum and Leon Brown have clung to a minimal existence, absent substantive remuneration, counseling or public aid in transitioning back to society. Almost six months ago the two were released from prison, one from Death Row, because DNA evidence cleared them and implicated another prisoner serving time for another rape.

They are each entitled to about $750,000, but not until the governor will pardon then.  And he won’t anytime soon apparently. So they live a bleak existence without little or no income.

The DA who convicted the two, each with an IQ of 50, barely higher than that of a grasshopper, says they don’t deserve anything because they’re guilty.

He looked absolutely confused. That was the face that convicted so many other black defendants, many of them no doubt innocent. He was known as “DA Death.” With that face he would ask the jury, “who else coulda done the deed?” And the jury would retire for two or three minutes and convict

So I asked him, “We know who else coulda done this, right? The guy who left his DNA all over the victim!”
He went through the DNA Schmee N A bit once more.
I said, “This is undeniable science. This puts the culprit right on top of the victim, and in fact inside her vagina! What more do you want?”

“I want two black guys with the brains of a grasshopper,” he said.

“Two brains slightly less than two grasshoppers,” I corrected him. “They wouldn’t even know how to do the deed.”

“They’re black and dumb. They know.” The DA insisted.

“Why are you so incensed over this?” I asked him. “We all make mistakes.”

“So this is all about reputation.” I accused.

“What else does a man have?” He asked.

The governor was no more helpful.
“These men were locked up for over thirty years for a crime they didn’t do. They deserve compensation but they can’t get it until you pardon then. They’re living like paupers.” I noted.

“They’re fine. This is what they’re used to. They’ve got the mind of a grasshopper.”

He eyed me suspiciously. “What’s it to you?” He asked.

“Justice I suppose,” I said.

“Well there’s no injustice here. I understand they have a nice apartment and plenty of canned beans. They’re probably happy as clams.” He said.

“And you’re going to let them stay like that?” I asked.

“I don’t know. It’s one and a half million dollars for two dumb black guys with the brains of a…two grasshoppers  almost. That’s a lot of money.”

“Can you put money on injustice?” I asked.

I heard him on TV that night with his “you can’t put money on injustice” speech.

I was petrified I had helped seal the men’s fate. Sometimes the South does live up to its reputation. After all, it’s all a man has.

By Marquel: God, Save Us from Governor McCrory