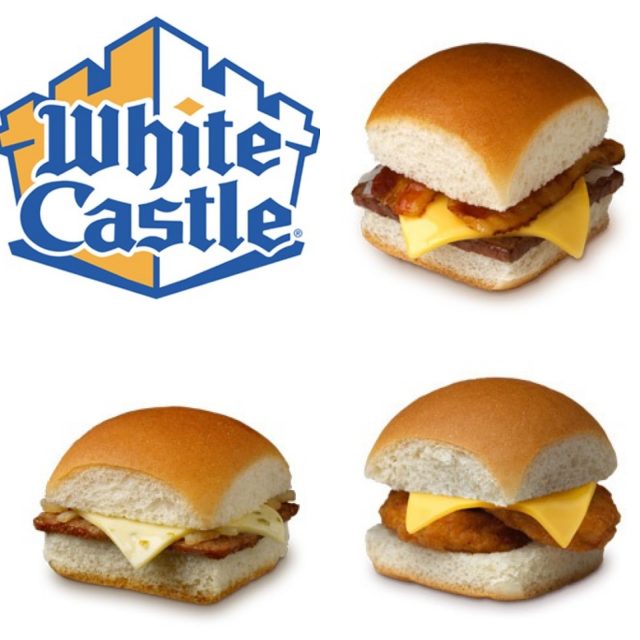 Marquel, TPVs NYTimes Squareburger Section correspondent, was puking something slimy when he read White Castle to Offer Vegetarian Slider for 99¢. The fast-food chain, known for its tiny hamburgers, said that it was committed to “keeping up with changing tastes.”

Once again, Marquel thought the Times had missed it entirely. What is White Castle known for? Tiny hamburgers? Hardly! White Castle invented the SQUARE burger. Those who don’t know history, especially burger history, may be condemned to repeat it. But most of all they will fail to appreciate the significance of the White Castle. Nobody in history had considered a square burger until White Castle dared to.

And it made sense. Burger rolls, true burger rolls, not the baked things that people call burger rolls but could also serve to enclose a host of ingredients, are in fact not round because they are attached to one another. When you detach all their sides they are, if not perfectly square, more square than round.

The Squareburger fits perfectly in the roll. It’s not an esthetic thing, it’s an efficiency thing. Maximum use of burger roll space. You might understand, therefore, that White Castle was the first green franchise, putting efficiency and economy ahead of taste.

That brings up, thought Marquel, the vegan burger. If it’s not square it’s not White Castle. And it’s not green. It’s just profit. That would take the joy out of White Castle.

I decided to interview some customers.

“What? Vegan White Castle?” A couple and a friend were laughing.

“For the square burgers of course.” They said.

“What if they were square but vegan?” I asked.

“Impossible.” They said in unison.

“It’s like this,” the woman started, “Visiting White Castle is challenging fate. According to science and medicine, this diet should kill you. So every meal we have here denies our mortality.”

“Hmmm,” said the woman’s date, “that’s tougher, but it’s sort of like tight rope walking with a net, or sky diving with a helium balloon, or shooting Apple’s off mannequins’ heads. There’s no real risk so you can’t really say you tempted fate.”

“I see what you mean. But did you ever think of white cattle as a green restaurant?” I asked.

“Of course!” Almost everyone in the restaurant chimed in.

Again, almost everyone in the room answered together, “optimum use of roll area space.”

“Exactly,” I said. “And if a vegan burger was square, wouldn’t it be just as green?”

“No,” said one of the original three, “it would be twice as green, and twice as green isn’t where White Castle customers want to be. It would be green because it’s vegan, and then greener because of optimum use of roll area space.”

“So the green part isn’t important?” I asked.

“It’s hard to explain,” he said. “Challenging fate is kind of cool if you’re also green. Because you can tell the vegans you’re contributing to ecology by not using extra roll. But if you have nothing else to tell them, like that you just cheated death by eating eight square beef burgers coated with an equal weight of unsaturated grease, you’ve really become one of them. We don’t mind being a little green as long as we have our Squareburgers. But being all green would ruin the night.”

I felt like I’d been told off, so to take the edge off, I said, “okay, the next round’s on me. A Squareburger for everyone.”
People swarmed the counter. It cost me almost thirty dollars but I was a hero. I bought eight more to eat at home, but going through the door I realized I’d eaten them all. I didn’t sleep well but I felt good knowing I had such a green moment. Optimum use of roll area space.
***
BY MARQUEL: Half Baked