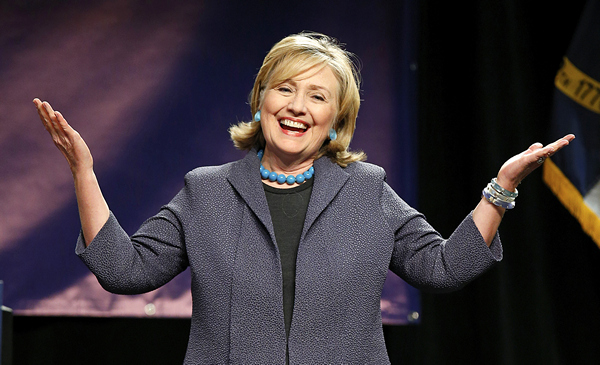 Here, each hole starts on Wednesdays and this is what fell through this week, in more than one way or day since Saturday:

On Saturday, December 27, a new poll had found Hillary Clinton the most admired older woman of 2014, because 12 % of the retired respondents who picked up the phone chose Hillary over Oprah — some complained that the only choice was Hillary. This was the first time for a woman to reach double digits on the women’s list, and it’s the 19th time in the poll’s history that she had come in first. Never before grannies made the list.

On Sunday, December 28, polls showed that NYC Mayor de Blasio should fire the NYPD commissioner for inciting the NYPD force against the Mayor. Polls also showed that he would not do it because he is married to a black woman and firing a white man would be tantamount to taking advice from his wife.

Monday, December 29, 2014, polls showed that making time for regular trips or vacations with family and friends is linked to higher overall well-being. Americans who say they take regular trips have significantly higher well-being than those who say they do not, as measured by Gallup-Healthways Well-Being Index scores, and this difference persists across all income groups. Too bad that only those who earned $120,000 are able to take vacations.

Tuesday, December 30, polls showed that three in four Americans swore they were Christians while the fourth one swore something incomprehensible.

Wednesday, December 31, Americans everywhere celebrated the end of the year.  Polls showed that only 10% could assuredly say  or recollect which year was ending. Since 2008 they had not noticed any difference.