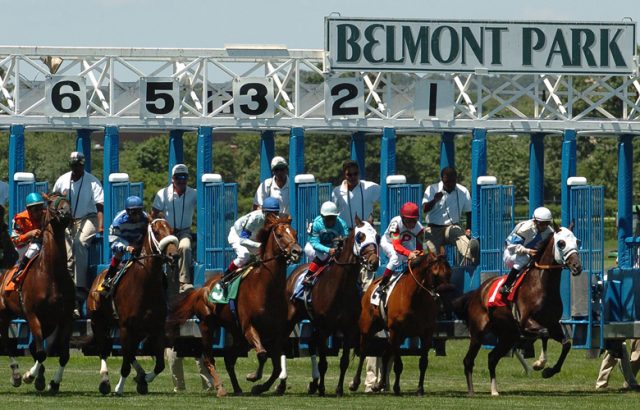 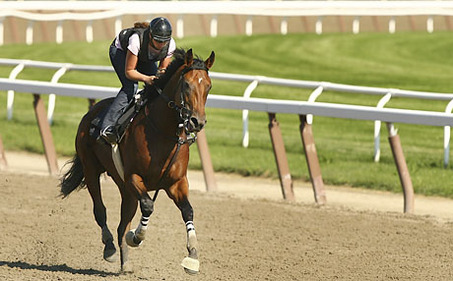 Marquel, TPVs Times horsey correspondent did not used to bet on animals, no matter how equine they looked, but things might soon change for him after reading: The Times’ California Chrome Can Wear Nasal Strip in the Belmont.

New York state racing stewards agreed on Monday to discontinue their ban on the 4-by-6-inch breathing aid, clearing the way for Chrome to race with one in the Belmont Stakes. Marquel knew something about horses. They eat hay. And apples. And sugar cubes. As far as he knew that is there entire diet. Amazing they can run at all. But here was a horse with hay fever, Marquel instantly diagnosed. It sounded like they were taking good care of him. I would have added some Benadryl, especially at night but you can’t expect a veterinarian to know everything about horses. They treat everything from miniature porcupines to elephants. How could they remember Benadryl all the time? But the problem, obviously, was the other horses in the stable. How could they sleep, get a good rest, when California Chrome was snoring. You haven’t heard a snore until you’ve heard a thoroughbred horse snoring. Not that I have. But it doesn’t take much imagination, a journalist’s primary resource. It must be hell in there with Chrome sniffling all night. I’d heard that his stall was positively littered with used Kleenex every morning. And waking up in the morning, he’s a positive bitch with all the other equines because of no sleep and the allergy. So the nose tape is a good idea. But I still thought that a bit of Benadryl would totally solve things so I went down to Belmont to see my old friends and talk to a trainer.

I went down to the trainers and had a talk. They never heard of a horse with hay fever. That’s obviously silly considering all the hay they consume.

“They make all sorts of noises. I’m sure I’ve heard something like that. But I never heard a gesundheit.” he joked.

Very funny, I thought. Suddenly I saw a Vanderbilt and what looked like one of the Koch brothers coming down the stairs.

“What do you think of this nose thing on chrome? I asked.

One of them said, ” could make him run faster. “

I corrected them, “You mean sleep better. ”

“Huh?” they both said. “It can’t make him sleep better. He wears it during the race to run harder. There’s millions at stake. “

“You mean you’re doing this to win money and not make the horse more comfortable during hay fever season?”

“Hay fever?” they asked together.

“Hell you’d do it for your kids wouldn’t you!” I asked but their uncomprehending faces told me otherwise.

“Don’t you think he deserves some Benadryl at night if he’s keeping up his friends…and himself?” I asked.

One of them turned thoughtful and said, “I think that would constitute doping.”

I didn’t know what to say so I simply said, “I guess you’d know that much.”

I was furious. I saw a steward and stopped him. “You guys are having attendance problems aren’t you?” I asked. He nodded. “I’ve got the solution.” His eyes didn’t leave mine. “You should put all the horses in the grandstand where people could pet and feed them. And put all the owners on the track and see which one of those fat fucking jerks crosses the finish line first without a heart attack. ”

The steward asked me, “Is that what you came down here to tell me? “

I thought a moment and said, “Actually, yes that’s exactly what I wanted to tell you. ” And it was.

BY MARQUEL: Hay Fever on the Belmont Track