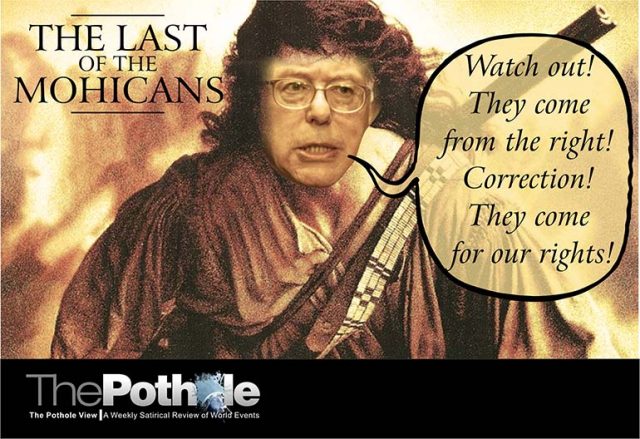 Sen. Bernie Sanders (VT) has the courage to use plain English words to explain what is going on in Washington. On Tuesday, Congress passed a bill big media hails as an Obama victory, but it forgets to add that like all Obama victories, it is a stillborn baby. It only brought in $620 billion – 40 percent of what the country needs in revenue – $1.6 trillion. This not only means that no progress was made on deficit reduction, but that the Republicans (and some Democrats) will be increasingly aggressive about wanting to cut Social Security, Medicare, Medicaid, veterans’ programs and other vitally important programs for over 80% of Americans.

Bernie intends to lead the fight against these devastating cuts and for passing additional revenue bills. How can the government work if its revenue represents less than 16% of its GDP? What do we need from the government? Bernie does not mention public education which has become ruinous of our country’s youth, but he does ask for social services, or better said, he is the only one who asks for social services, while his colleagues are busy burping the rubber chicken their corporate sponsors fed them at breakfast, lunch and dinner.