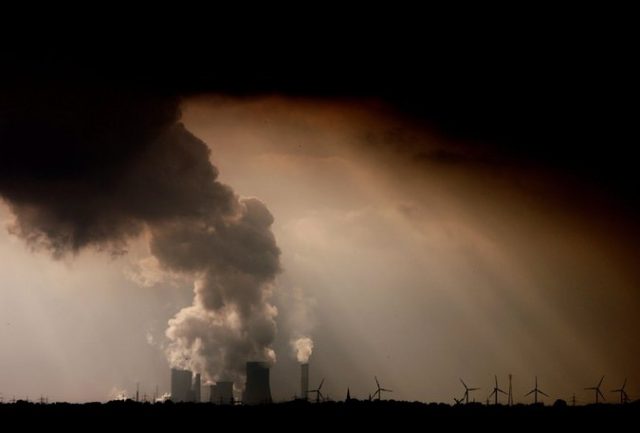 Marquel, TPVs NYTimes Carrier Corporation Section correspondent, was elbowing CitiBank to go and kiss the Pope’s left hand, when he stopped to read Pope Francis, in Sweeping Encyclical, Calls for Swift Action on Climate Change. The Pope is a real humanist. He cares about the poor. And the sweat stained. Most poor people are sweat stained, even the Inuits.
Francis truly cares. Not a word in his encyclical about fetuses or even baby killing. It’s all about sweat. Francis has identified the larger evil in the world as man made climate change.

As the encyclical says, “Whew! It’s hot here. And it’s getting hotter!”

Yes, says Francis. It’s one thing to identify climate change as a threat to God given earth. It’s another to find some sort of solution to the sweaty lower classes. They could just sweat into non existence. Not if Francis has anything to do with it.

The encyclical goes on: “The heat is intolerable. The poor suffer. God and his Son have given us brains. We know what to do when the heat becomes too much. What is God’s answer? Air conditioning! If Man can create the problem, he can create the solution.”

“All God’s children need air conditioning. The Church will urge all governments, organizations, NGOs, Institutes, foundations, and others to provide every family in the world with air conditioners. The poor shall sweat no more. There will be peace on earth. At approximately 69°F, 19°C.”

The idea of air conditioners for everyone had climate change proponents and opponents mobilized together. General Electric, the Carrier corporation, Frigidaire, and even the carbon based energy companies (long time skeptics of climate change) all contributed to publishing the encyclical world wide.

But there are still critics. “You know most people don’t have electricity,”

said one gloom- and-doom member of the Seventh Avenue Association of Schmate Merchants, a clothing lobby that recommends light weight shorts and t shirts as a solution to the perspiration crisis.
But the Carrier corporation has taken up the challenge with a series of ads showing people in anoraks happily drinking iced tea in air conditioner equipped apartments, with the message,

“Life is too short…air conditioning” to counter the schmate merchants.

And the extreme right wing in the Vatican (who knew?) has also placed itself firmly against the proposal.

“Climate change is God’s way of telling us to have a beer, not a Carrier.”

They insist climate change is a scientific conspiracy that has now victimized even the pope.
The pope has already challenged the critics. “Air conditioners can be run by hand. All you need is one person to keep the crank turning. People can take turns at home.” He asserts.
Ordinary Catholic clergy say the encyclical has its roots in confessions the pope has conducted for the poor.

“You don’t want to be in a tiny confessional all day with one sweaty peasant after another smelling up that small space. This is all about sweat, not climate change. Only the Holy Father could put up with that stink and now you see the results of his experience. An encyclical against sweat.” Said one priest fanning himself in St. Peter’s square.

Meanwhile the air conditioning lobby is gearing up for big sales. WalMart is opening separate buildings called AirMarts, selling only air conditioners, with a big plastic blow up balloon of the pope at the rooftop.

Said one sweaty Wal-Mart worker, “wish I could afford one.”

***
By MARQUEL: The Sweaty Lower Classes