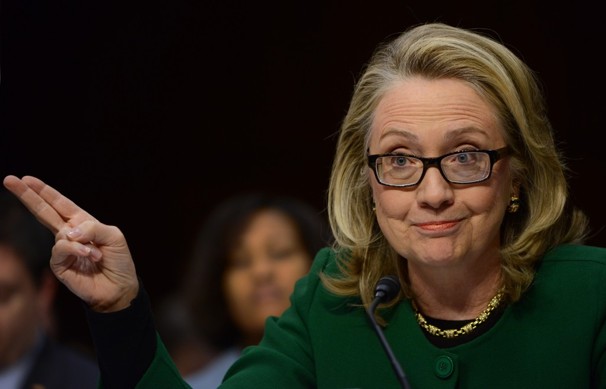 In their first song together, Hey Old Man, the musical group ABBA, which you may have heard of from their Broadway show, Mamma Mia! (or the despicable Meryl Streep performance in the movie version) sang about the virtues of following the guidance of an old man.  Myself I benefited from the wisdom of the elderly and I hope to return the favor not too far in the future. That being said, just because one is old, one does not need special attention.

Which reminds me of Hillary Clinton, Hillary for the feminists out there. Hillary’s gambit has always had four letters and it emcompasses all her acumen and wisdom. But, if Bill is her acumen and wisdom, why do we need to follow Hillary? It sounds too much like a feminist plan for a failing banana republic.

Why this venom now?

Because of her much delayed and in vain prepared testimony in front of the Senate and House Committee on the Benghazi attacks which ended with our Ambassador to Libya paying a long lasting visit to al-Qaddafi (the dead guy with a difficult name to spell). Hillary kept saying that she was assuming all responsibility. When pressed to be more specific she specified that she was assuming all responsibility though she had no knowledge of what was going on in Benghazi. So, are you incompetent or just pretending to be incompetent Ms Secretary of State? Either way, those pushing you for the 2016 presidential nomination should stop doing it and start finding someone who is either less incompetent or less eager to  run for a job for which they are unsuited.

Bill, can you hear us?