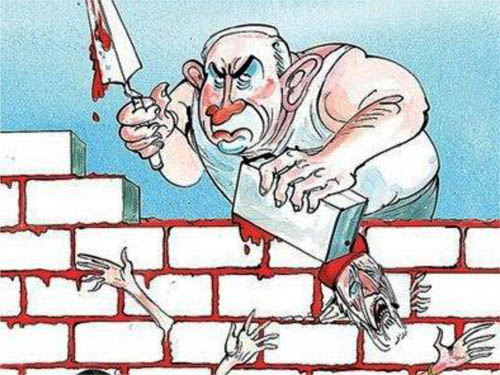 Last Wednesday, January 30, media baron Rupert Murdoch proved he can have the cake and eat it too: having had published a refreshing depiction of the Israeli prime minister Netanyahu days earlier, he then apologized saying it was stale. We liked it and re-posted it here without Murdoch‘s permission.

On Thursday, January 31, Massachusetts Gov. Deval Patrick (D) has selected his former chief of staff, Mo Cowan, to be the Democratic Sen. John Kerry’s interim replacement. Mo once helped Mitt Romney identify lawyers of color who would make good judges, according to sources cited by the Washington Post blog.

On Friday, February 1,  the rumors wanted you to believe that 45 year-old Rachida Dati, former French minister of justice under Sarcozyi l’Americain, might have been the older woman Prince Albert of Monaco ever bedded and impregnated, or allowed her to say (quietly) that he had impregnated.

On Saturday, February 2, some New Yorkers mourned the passing of former NYC mayor Ed Koch. We crossed paths in the Village a few times. I consider the Village the best part of NYC, too.

On Sunday, February 3, there were 24 million tweets about Super Bowl.

On Monday, February 4,  Google agreed to pay 60 million euros, in other words, peanuts money, which gave the French newspaper media a taste of the money to come if they kept quiet and played by Google‘s rules.

On Tuesday, February 5, Michael Isikoff, National Investigative Correspondent, NBC News, wrote that a  confidential Justice Department 16-page memo gave legal cover to U.S. government officials to order the killing of American citizens believed to be “senior operational leaders” of al-Qaida or “an associated force” — even in the absence of any intelligence indicating their engagement in an active plot to attack the U.S. Nothing funny there.