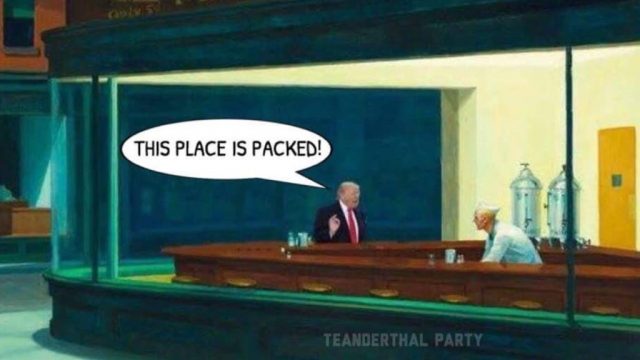 Sometimes life is slow. TPV is pure life and the last few weeks have proven tedious.

Hard to keep up with Charlottesville, Harvey, and Trump.

1.Trump unleashed his frustration at the news media, saying they were being “fake” because they did not acknowledge his initial statement about the marches.

Like any well bred person, I first said the Charlottesville protest was “very nice.”

2. When a reporter asked if Trump planned to visit Charlottesville after the tragedy there, Mr. Trump replied yes, though not because of the tragedy.

I have a yuge house there, and everybody visiting any Robert E. Lee statue is invited to come over for a glass of wine from the nearby Trump Winery. Of course, those who contribute to my legal fund could use the toilet, too.

3.  For a split moment Trump was forgotten when YouTube star Zoella was slammed by fans for tweeting about Bill Cosby while praising Tanya Burr’s new makeup range

Zoella apologised, claiming she was unaware of Cosby. Then she blamed Twitter for allowing her to post the GIF.

“Thanks for letting me know about that GIF guys, I wasn’t aware of him. Maybe Twitter should remove that from the ‘makeup’ drop down…

In retrospect, this is a good idea for Trump, too. Maybe the Republicans should remove Trump from the White House, so no one would have to trip over him, either. 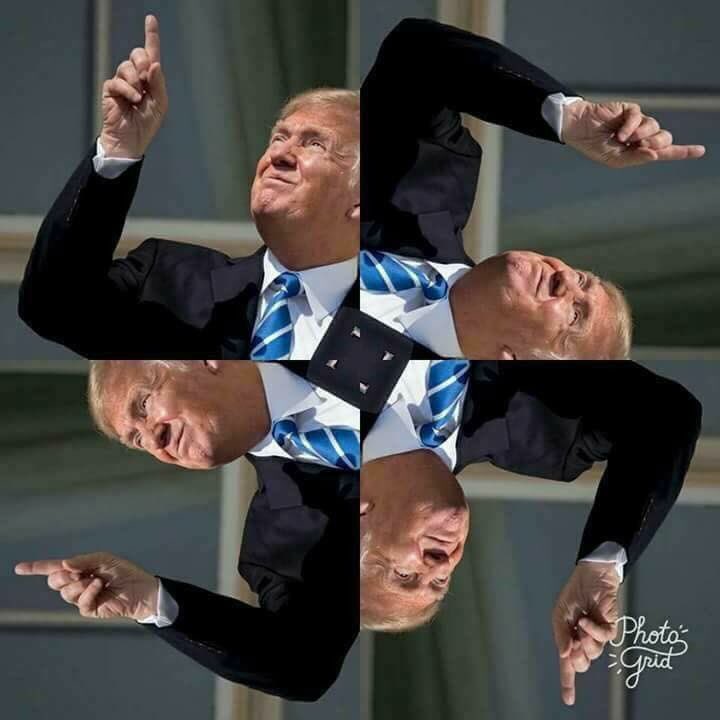 4. During the solar eclipse, Trump showed the world that nothing scares him, not even the sun, and that he could look at the sun without any protective gear.

5. Not even this picture of his leader couldn’t stop Christopher Cantwell from bemoaning Trump’s act of giving his daughter to a Jew. In his defense Trump replied:

Chris, I did not give Ivanka away. I gave her to the highest bidder, man. Highest. I hope you get that choice, too. 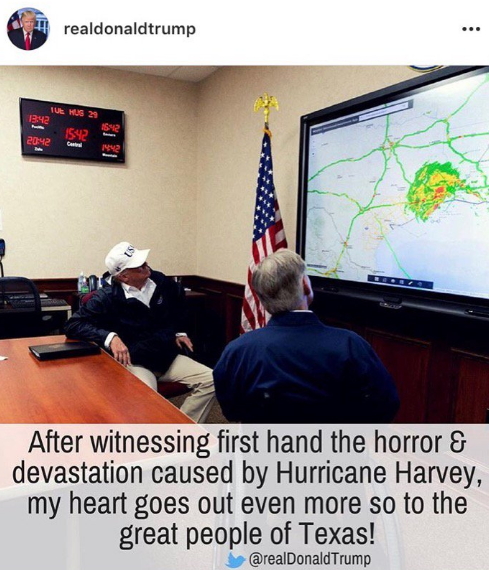 6. When Harvey landed in Texas, devastating Houston and its surroundings, Trump decided to be presidential. He went to witness the disaster first hand. Then, he turned on FoxNews.

For those who remember, that is exactly $4 million less than the money Trump offered Obama to see his passport.