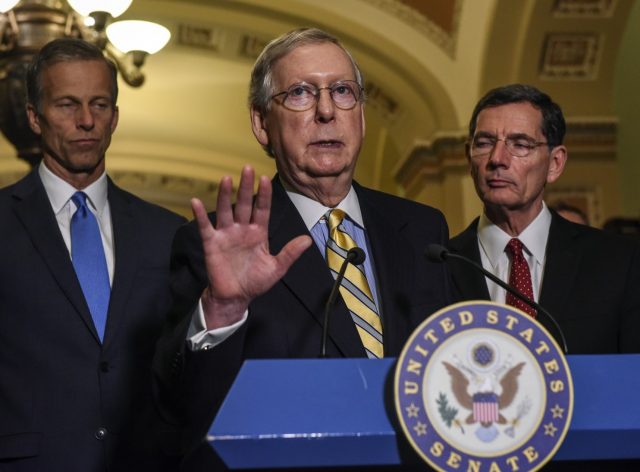 Trumpcare is rotten to the core. And thanks to all of your phone calls and emails, Senate Majority Leader Mitch McConnell just announced that he’s postponing a vote until after the Fourth of July recess.

We, Republicans, plan to re-write this health bill over the July 4th recess and get a new analysis from the Congressional Budget Office before bringing legislation to the floor.

GOP senators said their goal is to have an agreement by Friday and vote as soon as they come back from the break.

T is going to keep tweeting and in order to help his minions he will make sure that his voters get something from this bill: Oxycontin.

Senators, go back to your constituencies this recess and tell them. If they let you vote for this bill, both you and they will have unlimited access to Oxycontin. Mark my words. If necessary I will pay for it. One pill for every vote I get, for the rest of yours, and their lives, or mine, whichever ends first.

Now, this is quite an incentive. Let’s see how it will go down in history, T!

By DANA NEACSU: Trumpcare to Cover Unlimited Oxycontin for Supporters