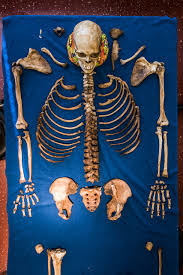 Marquel, TPVs NYTimes Having Fun With Death Section correspondent, was practicing skydiving with Big Papa Bush. when he stopped right after he pulled the parachute and read There is a movement to make funerals more eco friendly. Apparently cremation increases greenhouse gases, and some suggest letting the body just turn into compost and, after that, maybe eggplants, or big red strawberries, or even arugula.

Who wouldn’t want to end up as a trendy green? Marquel hates okra and even more, the thought that he might end up as six or seven sacks of the gooey vegetable. He wondered how he could avoid that fate.

He spoke to the scientist leading this cause and asked first how he could avoid becoming okra.

“This project is so new we really haven’t confronted that issue. As compost, you would be pretty fungible. You could serve to grow all sorts of things. But we haven’t reached the point of injecting choice into the process. What’s your favorite vegetable?” She asked.

Marquel had to think. He likes many vegetables but the thought of becoming one was new to him. “Perhaps avocado as a dish, or garlic because I could become a part of a lot of delicious dishes.” He said. “Or persimmon, that’s my favorite.”

“As I say this is all new but it’s possible we could label compost something like, ‘to be used for avocado, persimmon,  or garlic only.’  I really don’t know but I’ll keep it on our list of concerns.” She said.

Marquel shivered at the bright prospect of becoming part of a family’s pasta con aglio olio, or maybe even some outrageous guacamole, or flowing down somebody’s face as persimmon juice. But what depressed him was the unlikelihood of becoming mayonnaise. That would be his dream.

He took a look at the scientist’s mock up. The bodies were lined up on wood chips, “a perfect source of carbon and other nutrients that hasten composting.” Said the scientist.

“What’s that next to the last body?” He asked.

“That’s road kill. In order to get this through the state legislature it seemed it would gain several votes ” She said.

“It’s the same biological process, and road kill makes it work even faster.” She said.

“So road kill is the price I pay to become a juicy persimmon?” He asked.

“And what of consumers? Do they go to the garden center and buy a sack of compost that has a skull and crossbones and a label that says, ‘made only from human remains. And a hint of road kill.?”

“We really haven’t gotten that far.” She admitted.

“Well what if a gardener used my compost and he loved the tomatoes that season? Could be go back to the store and ask for more of the same? Like, ‘Do you have any more of that Marquel? He was terrific!”

“Gee I couldn’t promise you that.” She said.

“What if it were discovered that there were a hierarchy of compost? Like Afghanis are the best, and Polynesian the worst. Would they cost differently? And would restaurants advertise dishes ‘grown from young Afghan traffic victims?’ ” asked Marquel.

“As I say we haven’t even finished the scientific plans. Those are all excellent questions and ideas but they’re more in the marketing realm ” She said.

“Actually what I was thinking, since this has value, perhaps death could be a profitable event. Almost like royalties. Every time a bag of your compost sold, your children might say, ‘we just got another $150 for dad today. Let’s go out for dinner!’ ”

She looked slightly nauseous and said, “and people call me sick for having this idea. You’ve brought it to unparalleled heights.”

I could say nothing other than, “thank you,” and left.

I bought some persimmons and avocados on my way home.

By MARQUEL: What About Some Grandma’s Arugula? Not Her Recipe. The Leaves Grown Out of Her Skull