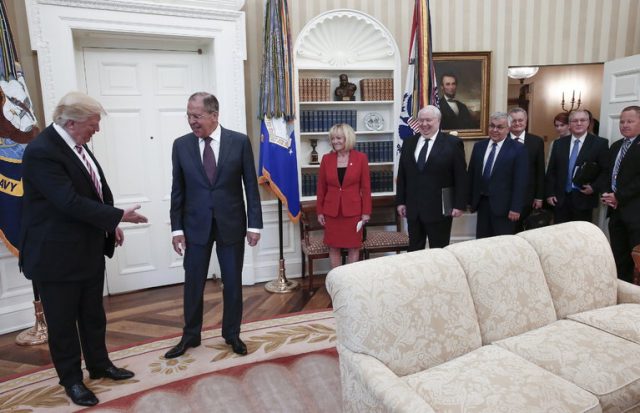 NYTimes: How Russian Media Photographed a Closed Meeting With Trump
By Marquel, TPV new York Times correspondent.
According to the story, allowing the Russians in the Oval office was a massive security risk.

“Some experts have even called it a security breach, suggesting that the photographer could have smuggled a bug into the Oval Office in his camera equipment.”

But apparently they didn’t. According to tapes Marquel viewed, that had been done a long time ago. Although there was no audio taping, there was a videotape from the meeting, but without sound. 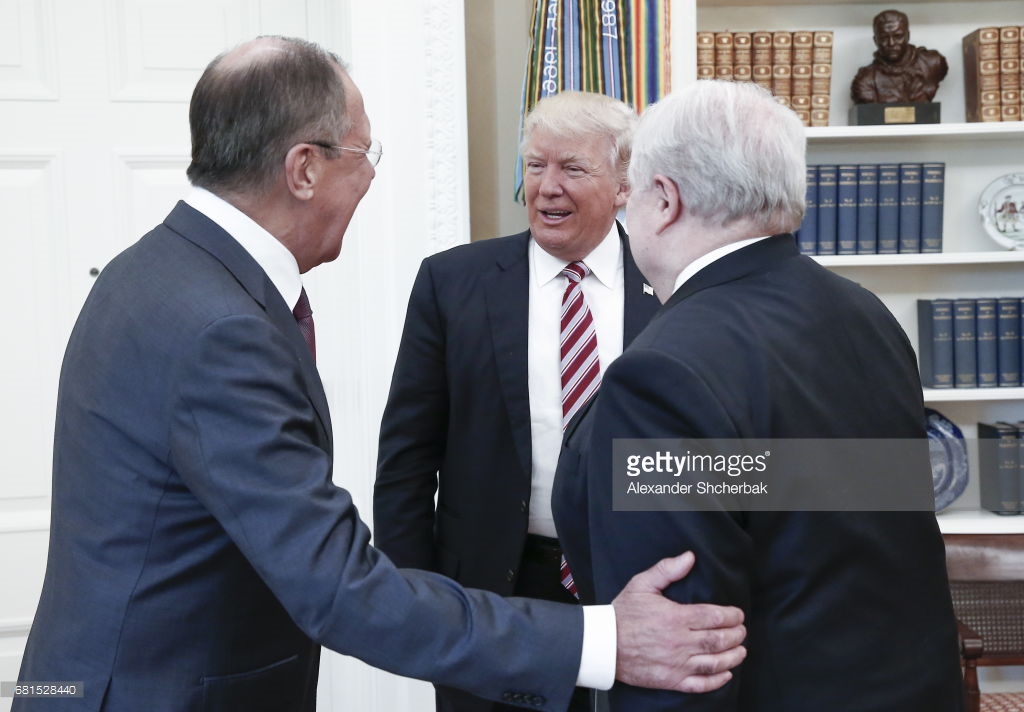 It showed Lavrov and the president in a heated discussion. Kisliak, the Russian ambassador, was just aimlessly wandering the room. While it’s the Oval office, nevertheless Marquel thought that Kisliak was going corner to corner even though that was geometrically impossible.
Marquel watched the tape a half dozen times. The minister and Trump were talking non stop. But Kisliak went from corner to corner, seemingly oblivious to the discussions of state, muttering to himself. Did he have some variation of Tourette’s syndrome?

Did Tourette’s even exist in Russia? What would it sound like?

Marquel realized he was losing his focus so he obtained a copy of the tape and went to the Lighthouse Foundation to see if anyone could lip read. They threw him out, saying,

“We’re all blind here. How could we lip read? You idiot!”

They were right. So I went around DuPont circle to the NAD building where they welcomed me.
The director and I and some others sat down in a small office and watched the tape. They called in someone else, “Hey Jim take a look at this” And Jim appeared. We all watched it again. They asked him,

Jim said, “Of course I can’t hear you. We’re all deaf here.”

The others said, “No, not you. The Russian.”

Jim asked, “He’s deaf too?”
There was silence. In the National Association of the Deaf.

Finally the director told me, “if I understand this right, and Jim, our best technician agrees with me,” he stopped, looking at Jim, who nodded.

“So what is that Kisliak saying?” I asked.

“Well he seems to be saying,” said the director, looking up at Jim for support, “Can you hear me now?”

Jim nodded up and down in enthusiastic support.

“No not at all. Nothing else.” Said both Jim and the director.
“Over and over?” I asked.

“But he had no phone.” I objected.

“No, you’re right. no phone. He seems to be talking to the walls.”

***
By MARQUEL: From Russia with Evidence