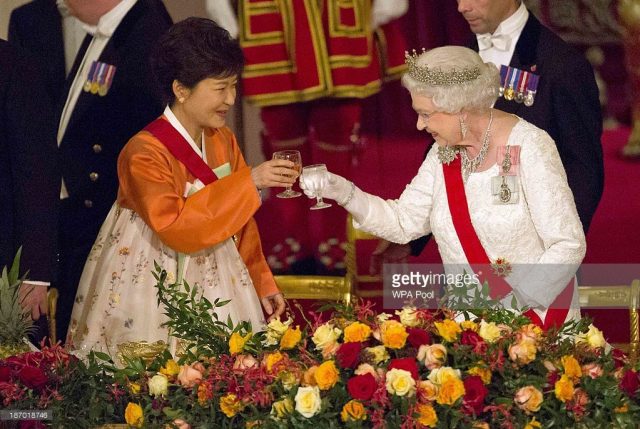 The West loves a good Rasputin story, and here’s one for the ages.

The South Korean president, Park Geun-hye has been rumored to be under the influence of the supernatural. The proof is that  Park Geun-hye has chosen as “Presidential Friend,” Choi Soon-sil, an alleged mudang (shaman) and the daughter of a prominent cult leader. Despite having neither a security clearance nor any official position, Choi regularly provided presidential advice on everything from clothes to speech-writing and policy decisions.

In response to these allegations, South Koreans have hit the streets by the hundreds of thousands. Park’s approval rating is currently around four percent, and on November 29 she told South Korea’s main political parties to decide among themselves when and how she should vacate office in a way that avoids chaos and disruption.

Wow, TPV considers Park’s action commendable and worth imitating: if an elected officer’s approval ratings fall into the single digits, then whether shamanic or not, the cursed one should leave any public office as quietly as possible.

This forced retirement should also go for those who failed to be elected when running against Orange impostors.