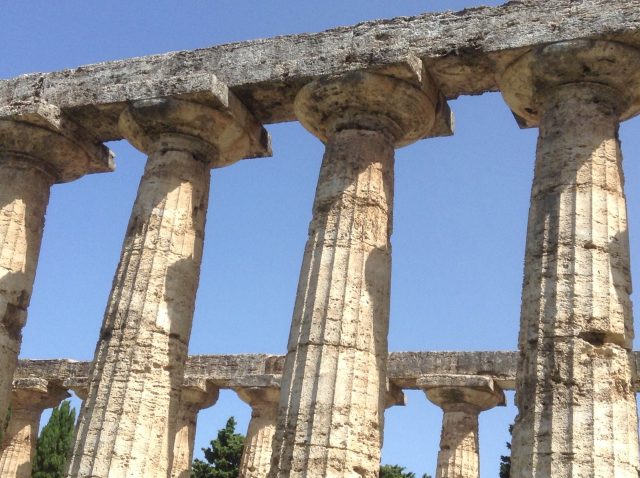 Marquel, TPVs NYTimes Surprise Surprise Section, was blowing his nose to avoid picking it, when he read
Hillary Clinton Set to Announce 2016 Presidential Bid. The expected announcement will end two years of speculation and immediately establish Mrs. Clinton as the likely Democratic nominee.
Marquel wondered why the Times had published this. There were few likely options. He needed an editor and one was available if he could show up at the Times building in fifteen minutes. He hitched a ride with a guy going west on a motorcycle and said he was in a hurry. The guy was a tiger. He blew past every red light and cruised through the rest. In five minutes he was at the editorial offices and had to wait ten minutes.
“So I was starting to eliminate the usual reasons a story runs in the Times. Think you could help me?;” asked Marquel.

“Go ahead.” Said the editor.

“First news, in its literal sense. It’s new, unknown, and informs the reader about what he didn’t know. Now this Hillary story has been literally plaguing us for years. Literally years. Everybody knows she’s going to run and run this year. So it’s not news, right?”

“The fact that Hillary Clinton is running for president is big news,” he said.

“Would you have a headline, two and two is four? Why isn’t that news?” Marquel asked.

“Of course not that. It’s a mathematical truth that everyone knows.”

“This,”said Marquel,” is a political truth that everyone knows. Do you know what would be news, and if you get it you’ll understand why this isn’t?”

“Hillary Clinton will not run in 2016! You see, that’s news, showing that the opposite, that she’ll run, is not news. Do you see?”

“I’m beginning to. You think the inevitability of a Hillary run renders it not news.” he said.

“Well the fact that it is imminent seems newsy,” said the editor.

“It’s been imminent forever. And how would you know that? She called you and you put it on the front page. Isn’t this a lot more campaign than news? You’ve become part of the Hillary campaign?” I asked.

“Of course not. But in an election cycle this is news.” He said.

“That can’t be ” I said. “If it’s known, it’s not news. Even in an election cycle, everyone knows this. Maybe her menstrual cycle would be news. Nobody knows that and nobody wants to.” I said.

“She has no menstrual cycle,” said the Times editor knowingly.

“How would her menstrual cycle created an informed electorate?” He asked.

“Exactly. And how does printing what’s already known produce an informed electorate?” I asked.

He sighed. “Maybe we got over excited. It does seem to be gilding the lily now that you point it out.”

“But the next question is why. Why would the Times print this if it isn’t news?” I asked.

“It’s the election season. We want to feel like we’re on the bandwagon.”

“Yes but that means you’re on Hillary’s side. Doesn’t that wait until you endorse her?” I asked.

“Maybe it should.” he admitted.

“Your endorsement is already so clear by this story. Want to make a bet?” I asked.

“The Times endorses Hillary.” I bet.

“In spite of all I’ve said, that’s too obvious.” He said.

“Hundred to one odds.” I added.

“That does sweeten the pot.” He said.

“You get five hundred if not, I get five if it happens.” I underlined.

“I can afford to lose five dollars at those odds.” he said, rubbing his hands.

“You haven’t a chance at that five hundred and you know it” I said.

“You never can tell. Despite what you say, it’s unknown.” He said.

“In that case, you know what you have to do.” I assured him. “If it’s not known, it’s news, you have to put this on the front page.” I said.
“He walked me out through the Times editorial room. Everyone was wearing Hillary buttons. It seemed unseemly.