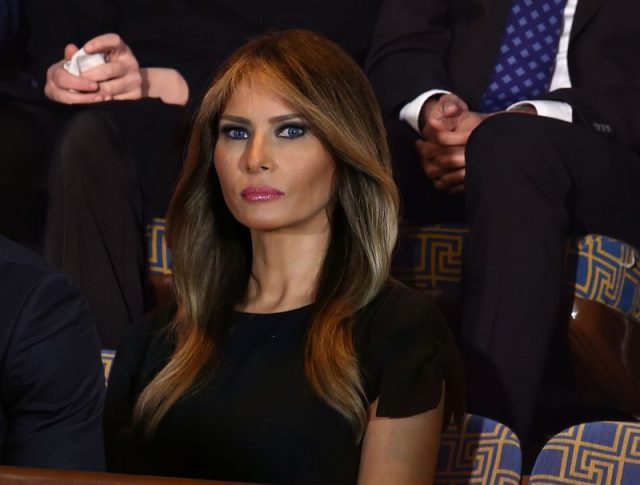 It seems that everything that falls through the hole these days is just pathetic.

On Sunday, February 26, Trump, the American President, who uses Twitter incessantly, decided to follow one more Twitter user, The Trump Hotel in Dubai, so his following reached 43.

On Monday, February 27, Trump secured more chaos for the country.

On Tuesday, February 28, Trump fired his cook, for lack of somebody more prominent.

On Wednesday, March 1, Trump prepared for his first Union Address. He went to his personal tailor.

On Thursday, March 2, Melania learned how to block thoughts from inside and emotions from outside, or vice versa and then took a grimaced- pose.

On Friday, March 3, Trump used Twitter to type one of his favorite expressions

“it’s so pathetic to be me,” and then fell asleep, his job being done.

On Saturday, March 4, 2017, Trump imagined himself as a salesman and took to Twitter:

…all these illegal leaks of classified and other information. It is a total “witch cunt! oops, hunt.”