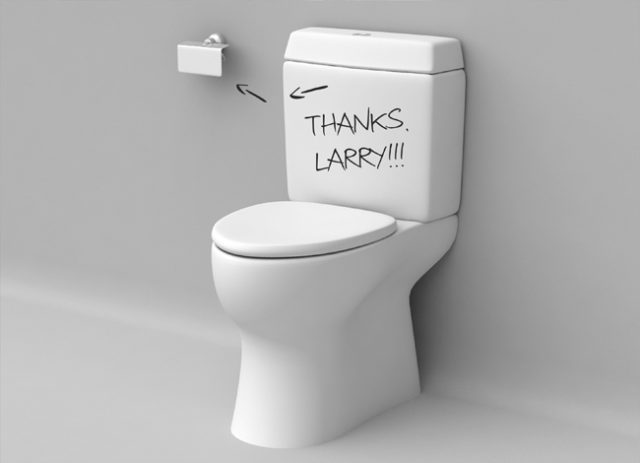 People like me learned about the existence of former U.S. Sen. Larry Craig (R-Idaho) in 2007, when Jon Stewart told the story of the senator’s sex-sting arrest caused by his “large stance when going to the bathroom.”

Now, the not-gay former U.S. Senator is trying to avoid repaying $217,000 in campaign funds the Federal Election Commission claims he misused to defend himself in 2007 when he was accused of soliciting sex in a public bathroom.

Craig’s argument is that his bathroom trip was neither for pleasure nor for campaigning, but it was work related as he was traveling between Idaho and Washington, D.C. for work.

In his support, his attorney, Andrew Herman, cites a U.S. Senate rule in which reimbursable per diem expenses include all charges for meals, lodging, hotel fans, cleaning, pressing of clothing — and bathrooms.

Not only was the trip itself constitutionally required, but Senate rules sanction reimbursement for any cost relating to a senator’s use of a bathroom while on official travel.

Or, as we say here in the pothole, welcome to our democracy where senators are paid to…poop. 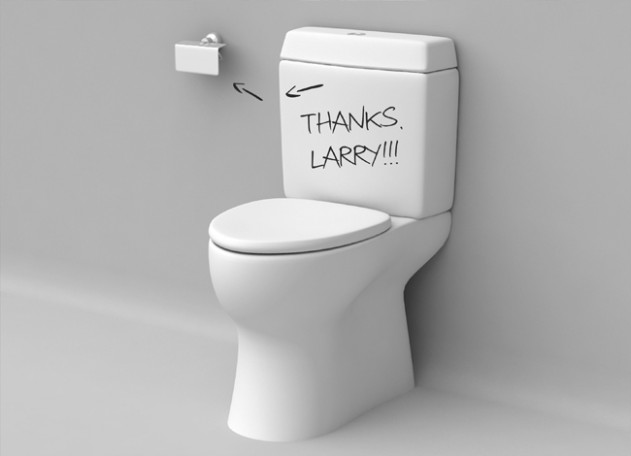