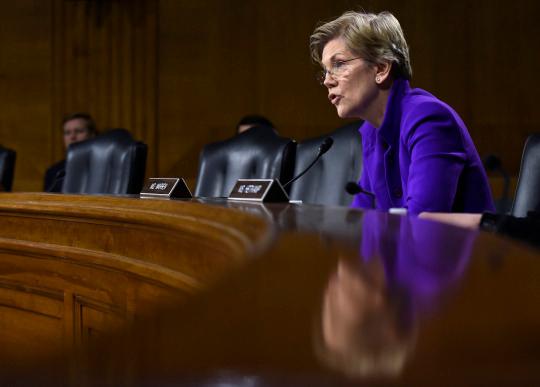 Obama Calls Elizabeth Warren ‘Absolutely Wrong’ on Trade Deal, because, Marquel read the text, Obama thinks her criticisms are ‘hypotheticals.’ Marquel, TPVs NYTimes Hypointellectual Black Presidents Sections correspondent did not want to believe his eyes and re-read the article with his eyes closed.

The second time around Marquel was afraid that Obama seemed to lack any brain at all lately, and his entire staff seemed to be suffering from the same deficit. Did nobody know enough to say,

“Hey, Barack, hypotheticals are the basis for all progress, it’s the basis of logic, it’s the core of criticism?” Wasn’t it Hegel who introduced the hypothetical imperative? We’re talking serious concepts here and Barack dismisses it as “hypothetical?”

Marquel called the White House and demanded an interview immediately. He said that Hegel’s reputation was on the line and it couldn’t wait. Marquel added that he felt it a hypothetical imperative to schedule an interview. There was a very long pause and the person in the other end of the line finally said, “Hmmm….”

Silence. I had to say something. “Who can I talk to in the White House?”

“Come in the tour. When you’re in line, ask for Irving. He’ll take you out of line and find someone to answer your questions.”

So that’s what I did. I was in no hurry so I took the Acela. I enjoy seeing all the local trains pass us and wonder what excuse they’ll give in Union Station for being so late. We were two hours late. The excuse was that Congress hasn’t yet funded this particular train so it had to conserve money by going slow. Not bad.

Irving got me out of line, took me to a closet sized office where I waited until a woman appeared with a tray of sandwiches.

“Thanks anyway. That’s awful nice but I’m not hungry. I’m waiting for an interview.” I said.

“That’d be me. The sandwiches aren’t for you though you’re welcome to have one. I work in the dining room and I have a break so they thought I could fill you in. I hear a lot in my job.” She said.

“So you’re my contact? I thought I’d get someone from the press office.” I said.

“That explains it. I do this part time. I attend GW and my major is press communications which these days includes a lot of Internet too. I’m waiting for an internship in the press office but meanwhile they gave me this job to tide me over.” She explained.

“So what’s this with Obama saying Warren is wrong because she uses hypotheticals?” I asked.

“Well when he went to law school all the questions were in the form of hypotheticals. He didn’t like that. He never understood them. He wasn’t really very good in law school. So when he hears hypotheticals he has sort of a knee jerk reaction and just assumes it’s wrong.” She elaborated.

“But doesn’t he realize that hypotheticals are the only criticism possible when you’re talking about a future event like a law or trade bill, or even a war? All you can do is ask what ifs. What if it goes atomic, What if the SEALS are captured? The same goes for reasons to support something. If we pass the trade bill, workers will be better off. It’s if p then q, in logic the basic hypothetical.” I said.

“But it’s impossible. A hypothetical isn’t wrong or right. It’s usually more or less likely, and then you make a decision considering all the hypothetical outcomes. He’s destroying Hegel.” I said.

“It was Kant who wrestled with the significance of the hypothetical imperative and concluded that the basis of morality is the categorical imperative. Hegel didn’t have much to do with any of that.” She said, munching on one of her sandwiches.

“You’re probaly right. I confuse them. But Kant is heavy stuff. For Obama to say that Warren is wrong because she uses hypotheticals is to violate and confuse some pretty basic precepts of Western civilization.” I warned.

She patted my knee and said, “Oh I think Kant will outlast Obama. He’ll outlast President Sanders, too.”

“Sanders? You, too? Welcome to the club. TPV is a  committed Sanders supporter.”

“Yeah it’d be nice to have a smart president for a change. And one willing to take risks for the good of the country.  Well, I’ve gotta be going,” she said, strapping her sandwich tray back on.
“Irving will come for you in a few minutes,” she added.

He did. I was strangely tired after the relatively short interview and a bit embarrassed at confusing two great German philosophers. I decided to take the Acela again to have plenty of time to rest and reflect. And maybe brush up on my philosophy.
***
By MARQUEL: Warren’s hypothetical IMPERATIVE