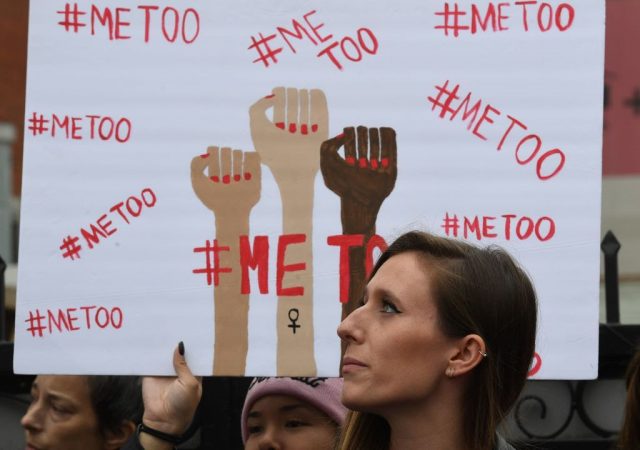 The New Book of Revelations — America After Weinstein

A new Book of Revelation is streaming into the collective psyche, chapter by chapter, verse by verse — a saga of men mauling, manhandling, exploiting, raping, battering and diminishing women, commandeering their lives, making them doubt themselves, driving them out of their jobs and even careers. I doubt that what we are seeing is simply a gush of headlines, a scandal du jour. Two or three scandals by media standards may qualify as a “trend,” but 10 or 20 or 50, complete with public meetings and multiple ethics investigations(however perfunctory they may turn out to be), are a whole culture trembling. The outpouring of women’s stories of male abuse is moving and powerful. Speaking for myself, I had no idea how many women have been humiliated, damaged and derailed as the result of a whole range of abuses. A man who is not humbled, ashamed, at his ignorance of this grotesquerie (however slight, however good-humored his ignorance may have been) is an ignoramus, or worse — a denier.

Rollback will not be total. Even a lot of Republicans who support Roy Moore’s Senate candidacy in Alabama are in the awkward position of saying, He’s a pedophile, but he’s our pedophile. Trump’s brag about pussy-grabbing couldn’t drive away his voters, as mall-cruising won’t drive many of them out of Moore’s camp. Whether we tremble on the brink of renewed amnesia or a breakthrough not to be rolled back we shall see. I think it stands a good chance of outlasting the 1991 prefiguration, when thanks to Anita Hill’s testimony against Clarence Thomas the fact of sexual harassment, first circulated by women’s groups in the 1970s, burst into the national spotlight. The fact that the entertainment industry is one of the storm centers just about guarantees continued revelations.

Two things are happening at the same time but on different scales. One operates on the level of culture. It operates generally — it’s a generalization about how large numbers of men treat large numbers of women. (I omit the complication of the abuse of gay men, for example — so it would seem — at the hands of Kevin Spacey.) A huge cultural fact leaps out of the darkness. Many women step forward and bear witness. Many men “get it,” perhaps for the first time. Many refuse to get it because they have too much identity and impunity bound up with refusing to get it. At its most grotesque is the spectacle of which Joan Walsh writes trenchantly in The Nation: “A President Accused of Sexual Misconduct by 16 Women Endorses a Senate Candidate Accused of Sexual Misconduct by 9.” On Slate, William Saletan robustly dismantles the case for Roy Moore and in the process shows how asymmetrical is the political polarization of this abysmal hour.

Roy Moore is not Harvey Weinstein, but he is Roy Moore, which is bad enough. He does not deserve public office. Whatever Al Franken and John Conyers (who has stepped down from the position of ranking Democrat on the House Judiciary Committee) may have done to some women, they are not Weinstein either. Neither is Louis C.K. All of it is bad. Some of it is criminal.

It is by chewing over, disputing and clarifying these categories, over time, that a culture — especially the segment of it that has benefited from the abuse — learns bitter truths.

The revelations are also, of course, resisted. As with all cultural change, there’s backlash. Those who were winners don’t relish losing. You don’t get a Reformation without a Counter-Reformation. You don’t get a civil rights movement without a Republican Southern strategy.

As with all cultural change, there’s backlash. Those who were winners don’t relish losing. You don’t get a Reformation without a Counter-Reformation.

Beyond the general realization that a huge fact has burst up from underground, the second thing that’s happening is that specific women accuse specific men of specific abuses and crimes. This is where things get sticky. Because we have, and need, a concept of justice that enshrines individuals and a presumption of their innocence. Which means that cultural generalizations are justified and necessary, but accusations against individuals are something quite different.

Even in the law, assault varies in gravity. In New York, sexual harassment can take two forms. One is “quid pro quo harassment,” which:

[U]sually occurs when an employer or supervisor offers to trade an employment benefit for some kind of sexual favor. A common example is promising to promote a worker in exchange for going on a date with the boss. This type of harassment might also take the form of punishing an employee who rebuffs the supervisor’s advances.

The second, more subtle and more common type of sexual harassment is called a hostile work environment. There are two ways in which an employer can create this situation. The first is by engaging in or allowing behavior that creates what a reasonable person would consider an intimidating, hostile or offensive environment. The second is by tolerating or encouraging conduct that unreasonably interferes with an employee’s ability to do his or her job.

Conduct that may lead to a hostile work environment based on sexual harassment varies from case to case, but common examples include:

Under the New York State Human Rights Law (HRL), the offensive conduct must be severe or pervasive. In other words, a hostile work environment usually does not arise from a single stray remark. However, it could be found after a single instance of extreme conduct, such as a sexual assault, or after a long series of minor actions.

To return to the current cases in point, cruising the mall in search of teenage girls to “date” is not rape. Offering to drive a 16-year-old girl home and then touching her breasts, locking the door to keep her inside and bruising her while trying to push her head toward his crotch and trying to pull her shirt off, is assault, but under Alabama law it is not rape. Assault it sure sounds like. But the distinctions are real and they matter.

Liberals have been unnerved and upset about Al Franken’s conduct with women. However libertine was the general atmosphere on his 2006 USO tour, grabbing (or grabbing at) Leann Tweeden’s breasts and recording the moment was sexual aggression and reflected terrible judgment, for which he has apologized in a manner Tweeden accepted. Accusations of later butt-grabbing are also serious, but not conclusive. The demand that he resign presupposes guilt. Which is wrong. As Masha Gessen put it in The New Yorker, “Should Al Franken Resign is the Wrong Question.”

Many of Franken’s supporters have lived through three earthquakes overlapping in time, and the confusions among them are evident in the ambivalence that many express — even reconsiderations. The first quake was Hugh Hefner’s, saying We’re guys so it’s cool to revel in access to women’s bodies. The second was the Pill, which made Hefnerism look easy. But lo and behold, the principle of control over sex had an astonishing reverberation: The women’s movement, which said to men, Hey, not so fast, and to women, We get to own our bodies.

In the American Prospect, Adele M. Stan makes a necessary distinction between hypocrisy and unrepentant abuses of power:

The sexism and misogyny found among Democrats is rightfully derided as hypocritical, since Democrats claim to stand for equality — of race, of sex, of sexual orientation and identity, of religion. But the sexism and misogyny (and racism and queerphobia) of Republicans these days is part of the brand, a rallying cry. There’s a self-described pussy-grabber in the White House. You’d have to conclude that a lot of the people who voted for him liked that about him, just as they liked the false crime statistics he tweeted about African-Americans, his description of Mexicans as rapists, and his smearing of all Muslims as potential terrorists. They like it all, because it’s all of a piece.

Our choices being less than optimum, they are nonetheless stark. As for me, I’m sticking with the hypocrites.

I’m with her. Censure the hypocrites. Scold them proportionately. And without rushing to punishment, re-examine gray areas. See how the hypocrites behave when their hypocrisy is exposed. As for the criminals, charge them. When they seek election as the people’s representatives — representing all sexes — cover them with shame and defeat them. In the light of such clarity as we can muster, dissolve the obscuring gray.

Gitlin is a professor of journalism and sociology and chair of the Ph.D. program in communications at Columbia University. He is the author of 16 books, including several on journalism and politics. His next book is a novel, The Opposition. Follow him on Twitter: @toddgitlin.