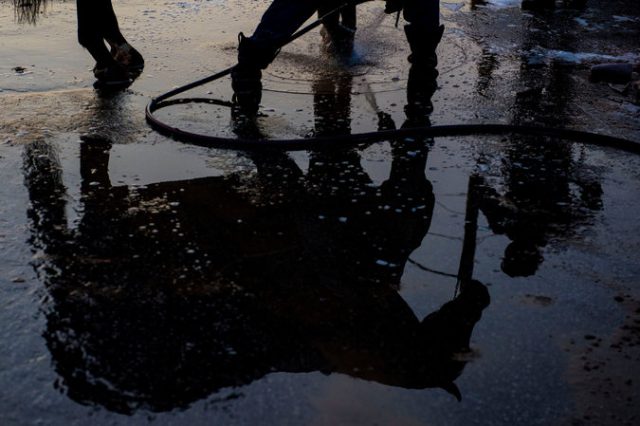 At Long Last, a Kentucky Derby Only About the Horses, read Marquel, TPVs NYTimes Inequality Section correspondent. Now that American Pharaoh won the Derby, all the talk has turned away from the horses. All the owners are now talking about each other.

“That’s the way it should be,” said Mrs. Mortimer Phipps, “It’s disgraceful how everyone was just talking about horses, horses, horses.”

“But isn’t that what a horse race is about?” Marquel asked, naively.

“My good boy, If that were true there would be no horse racing,” she whinnied.

“But a horse race is about horses running around a track. Whoever finishes first is the winner and gets lots of money.” Marquel said.

“No, the horse gets nothing. I get all that money if my horse wins.” Said Phipps.

“And the horse has nothing to do with it.” Observed Marquel.

“Absolutely. It’s all about ownership. I own the horse.  I own the winnings. I just love owning.” Phipps said, shaking her head up and down several times.

“But the horse does the running, not the owners.” Objected Marquel.

“Not at all. Until this year. We always had an owners pre-race. This year , as the Times put it, it was only about the horses. How absurd,” she said, digging her feet into the clay and pawing at it with her shoes.

“Are you saying the owners used to race around the track?” I asked.

“We all lined up, when the gates opened, we ran our hearts out. It was about the owners, see? Whoever won wore the derby till next year.”

“That must been a sight to see. I’ll bet Mr Phipps won quite a few.” I said.

“Oh never. A gentleman would never beat a woman. It was always a woman.” Phipps said.

“Well I never heard about it.” I said.

“That’s because a gentleman should be in the paper only three times in his life. At birth, at his bris, and death.”

“Wow we really read different media.” I said.
“Scott Fitzgerald.” She said.
“The rich are different from everyone else?” I asked.

“Certainly not. ‘Owners are different from everyone else.’ I just love owning,” she said, shaking her head up and down again.

I held up a sugar cube and she took it from my palm with her longish teeth. I wanted to hear her whinny again.
***
By MARQUEL: Whinny Winners