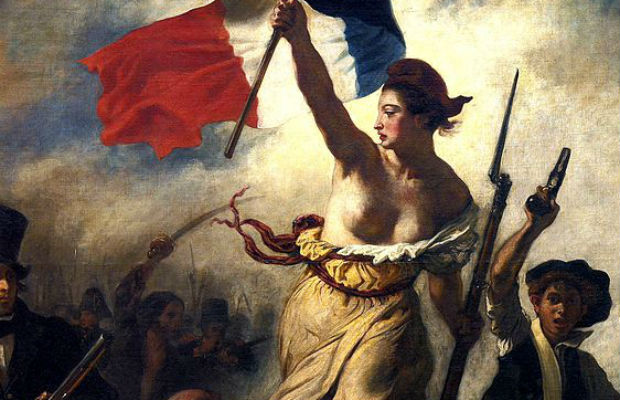 Marquel TPVs NYTimes “knock knock c’est qui a la porte?” Section correspondent, was too tired to read, but why not watch a video or two. He started with this one, and you may like it too: A State of Terror.

Marquel was enjoying a nice espresso on the Champs #Élysées, at the newest Starbucks to hit the Hexagon. Marquel preferred #Starbucks because the customers are all French. All the remaining bistros in Paris serving muddy, overbrewed cafe in permanently dirty cups are frequented by tourists practicing tenth grade French 101. Marquel had even encountered older tourists trying out their French 101 in Galleries Lafayette, only to realize that they spent 10th grade in Spanish 101, not French.

A marching band went by. This is not a normal event, but it has increased since the Paris attacks a month or two back. The government wants to instill French pride, a ridiculous concept, but like everything else in the #war on #terror, borrowed from the Americans like the #Starbucks always-open-but-never-accessible bathrooms.
The band played La #Marseillaise. A chorus sang. But Marcel, not à réal marseillaiseophile, couldn’t quite identify something that didn’t quite click. He knew how it generally went. At the end of the first verse everyone sings,

But they weren’t singing that. Marquel had to run along with the band to understand it.

They weren’t singing marchons (let’s March), but instead, “ouvrez la Porte, ouvrez la Porte” and because of the reference to impure blood which simply meant the enemy, the song has been transformed into a modern anti Arab screed:

“Ouvrez la Porte” is the New battle cry of the French Republic. Since the emergency laws have been passed, thousands of houses have been invaded by sécurité, without warrants, only the cry “ouvrez la Porte,” open the door!

Now it has invaded La marseillaise. Thousands of French citizens, most of “impure blood” and Islamic ancestry, have been treated like household waste.
The minister of justice says it is not the special laws terrorizing people, but the terrorists. The problem is the terrorists are gone, but probably according to careful #Daesh plans, the special laws remain. Simply put, the French are being terrorized not by terrorists but by French laws authorizing abuse. The minister said there was still a state of law, but it’s not what we would call the rule of law.

A special French tear seemed appropriate to Marquel, so as he bypassed #Starbucks and the “real” French, he shed a few tears, and hummed

and thought of a France that always seemed stronger than these gun toting misfits.
***
By MARQUEL: The Republican Ghost of Christmas Past – Marianne