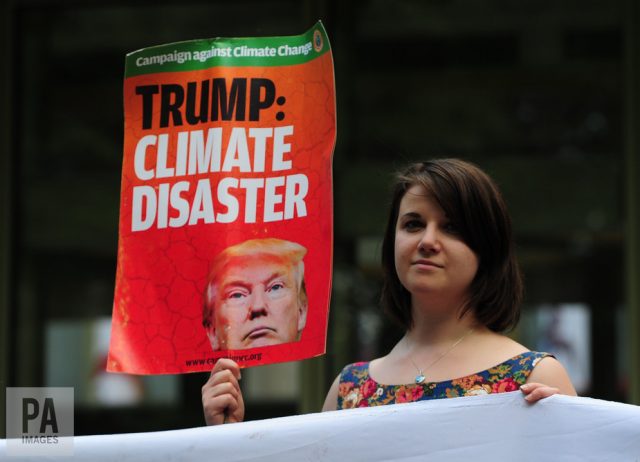 If anybody needed more reason for why Trump has not been deposed yet, here comes another great piece of writing: Trump delivers.

Here is more on how Trump delivers from Ryan Rafaty and his The Price of Quitting the Paris Agreement:

An energy-intensive industrial coalition spent tens of millions of dollars to ensure the United States’ withdrawal from the Paris climate agreement.

The Competitive Enterprise Institute, the American Energy Alliance, the Heartland Institute, Americans for Prosperity and forty other free-market think tanks that signed an open letter urging Donald Trump to pull out were bankrolled by, among others, ExxonMobil and the Koch Brothers, the Kansas-based billionaires who control refineries and pipelines that process 600,000 barrels of crude oil a day.

James Inhofe, Mitch McConnell, and the twenty other Republican Senators that addressed a similar letter to Trump together received more than $10 million from the fossil fuel industry during the last three election cycles.

Troves of additional contributions were given through third-party super PACs. If, as a recent study concluded, it takes about $100,000 to increase the chances by 25 to 40 per cent that a member of Congress will change their position on a regulatory issue, then the fossil fuel industry has its bases covered.

However, they all deliver, and Trump, I’m sure does not need to be reminded too often. He knows that very well.

By DANA NEACSU: As Long as He Delivers, Trump Will Build Hotels