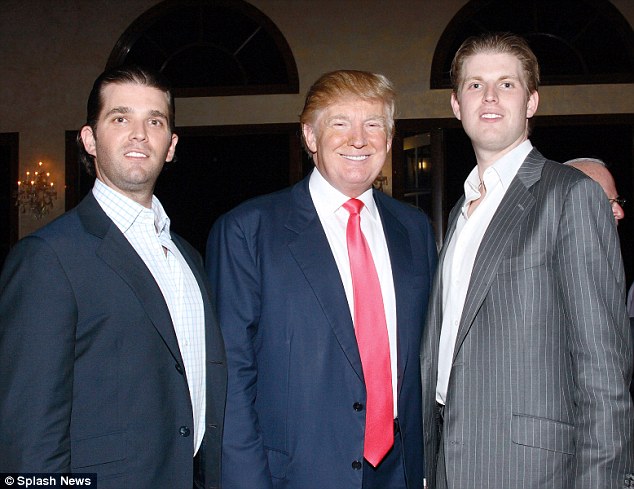 Finally, Trump Sr. admits that he doesn’t spend all his time tweeting. He also Skypes with Eric and Donald, Jr., about his real estate empire. All while in the White House.

The document shows Trump’s assets, debts and transactions, and reveal how  Trump spends his awake hours.

The document shows that while Trump has taken steps to reduce his conflicts of interest, and stepped back from the Trump Organization, he continues telling his adult sons, Donald Trump Jr. and Eric Trump what to do.

When dad tells you what to do, you do it, even if it’s on Skype. He does not order us around. He just tells us what to do, or else. Of course, we like to be rich, so we do whatever it takes.