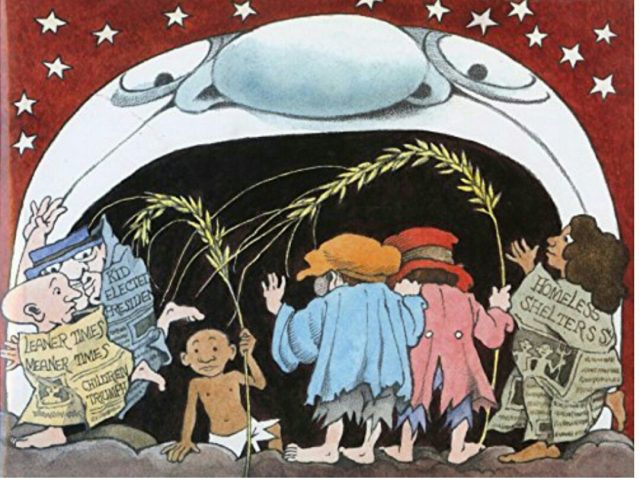 Marquel, TPVs NYTimes Stormy Weather Section correspondent was drinking his grog, when he read Cuomo Orders That Homeless Be Taken to Shelter in Freezing Weather.
The executive order, which requires local authorities to remove homeless people from the streets when temperatures fall to 32 degrees, is likely to raise legal concerns and practical questions.

Marquel surveyed the various reactions and they were indeed varied.

Donald Trump called it, “cross-country socialism. What is the city here, Uber? Are we driving these do nothing’s all over just to make them comfortable? This is not what government is for. I certainly hope we’re not giving any Muslims shelter.”

“Do the Democrats think this is the social safety net? Do the homeless line up with their plastic bags full of suntan lotion and expect a free ride to Miami or the Keys?”

Chris Christie was the most vociferous.

“I think we should give them space on the GW bridge. It won’t be warm but it’ll be theirs and let’s face it, people would rather own property than be coddled and warm. Let’s leave the lower level for the homeless and the rest of us will use the upper level in cold weather.”

When asked whether this wasn’t just a way to get back at those townships that hadn’t supported his governor’s bid, he retorted, “I don’t know what your talking about. It’s news to me.”

Some of the homeless, and homeless organizations threatened legal action.

“What if we like it in the street? For many of us, that’s home. You going to move me out of my home because you’re a little chilly? Seems a bit fascist to me.”

Said one homeless man from his cardboard box on First Avenue and 5th street.

“outraged. It ain’t a country club were running here. It’s a nation. What will we do in the summer, provide them all with folding hand fans made in China? Will we take iced drinks and mojitos to them to make sure they’re not just a little itty bitty hot and sweaty?”

“Will we drive them to New England in the fall so they don’t miss the fall colors? To Montauk and the Hampton in summer so they don’t feel excluded? What’s wrong with hot and sweaty? It helps us reproduce. At least that’s when I like to do it best.”

Marquel was too embarrassed to say anything. Except vote for Bernie.

By MARQUEL: Homeless, Valiant Cuomo Comes to Your Rescue