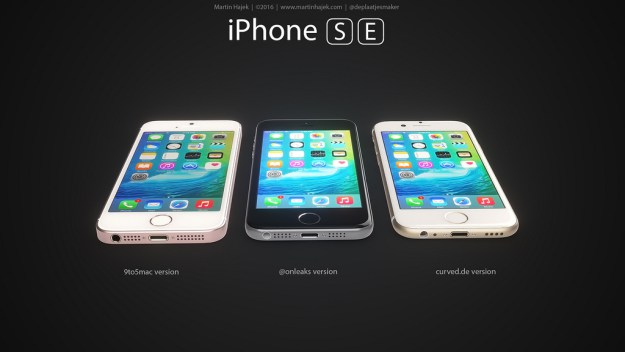 For the first time in the history of the Apple company, its fans can purchase a newly released model at a lower price than its predecessor. The company excused its inapt marketing by saying:

We aim to lure the less affluent iPhone fans, those whose family savings reach $500, rather than $700 or more.

If you don’t understand the statement above say no more, and TPV will say it for you. The most recent-to-be-released iPhone will be smaller and less expensive than either the iPhone 6S or 6S Plus.

The iPhone SE marketing is known as “still a phone”, and it comes out in March.

How is this possible to be released in the future and at a cheaper price than existing iPhones? TPV has the answer to that question:

The iPhone SE is in fact the old iPhone 5S, but unlike the iPhone 5S, SE is made in Vietnam. The Vietnamese sweatshops, non-unionized, wanted some recognition if not money,  so Mr. Cook came up with this brilliant idea, and Apple called it iPhone SE. SE stands for “something (SE) is better than nothing. “

Apple can soon exude frugality because street vendors all over will be able to finally shout:

Organic trend-setters can be happy too, because they can all relate to those new products while meditating:

The newly marketed Apple products are made of old parts. Like Trader Joe, which sells recently expired Trader Joe food, for cheaper Trader Joe prices, so does Apple.

Here at TPV’s world quarters, we are so thrilled to  hear this news because, while we use PCs, we can still get an Apple memento, as Apple has started to sell one stylus for the price of an old watch strap, and vice versa. These iProducts come with the Apple logo and can be purchased in three easy installments of $40.