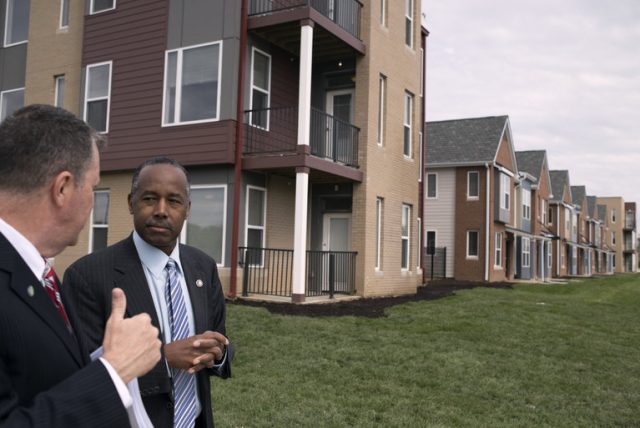 Constipated, Marquel was reading a print copy of NYTimes, thinking how handy it proved if the toilet paper would prove too little.  Ben Carson was in the news: Ben Carson Wants to Make Housing Available. Just Not Too Comfy.

“What’s that door for?” Asked Carson.

Perplexed, Carson noted,” you give them that, they’ll stay forever. Without a front door they’ll always want to move on. That’s what we want.” Pointing to the bedrooms and toilet, he added, “certainly no doors there. Absolutely unnecessary.”

The Ohio guy took notes, mumbling, “no doors.”
Marquel tagged along as a member of the press.

“You have a window in every room?” Asked Carson.

The Ohio guy dutifully murmured and wrote, “nothing pleasant. “

“I don’t see any dish or cable.” Said Carson.

“No, it was too expensive,” said Ohio.

Marquel interjected, “but what about the parking spaces? Do they need space for two cars?”

Carson hit Marquel on the back saying,” Two? Why even one? Get rid of them both. If they have a car they don’t need a free house.”

Ohio took notes.
But I started thinking. With no parking what is the street for? So I asked Carson.

“Absolutely, Marquel. Get rid of the streets. Dirt roads were good enough for me.”

“Absolutely not,” said Carson. “Put those schools far away. If they want an education make them work for it.”

Ohio took more notes. He got on the phone. Suddenly I saw trucks and machinery around the school and one wall was already down.
“Well it is free,” I said, trying to curry favor with the secretary of housing. Always a good journalistic move.

“Yes it is,” said Carson. “What’s the fair market value of this house?” 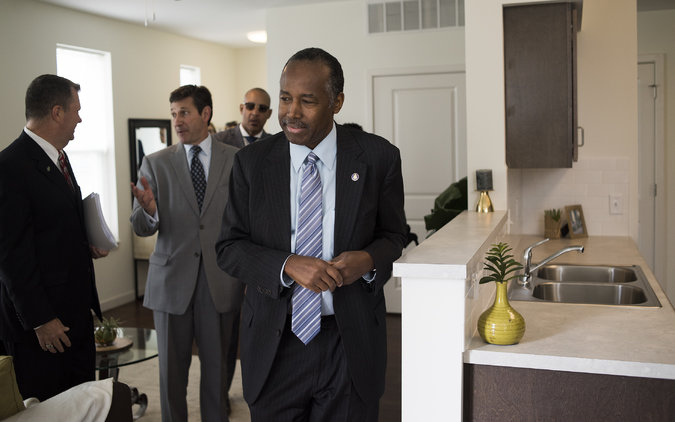 “Well then,” continued Carson, “with a hundred units that’s over a million a year. Let’s create a tax provision that works like a debit for the residents  instead of a credit and give that to the upper 1%. After all they’re the ones who made this possible.”

I couldn’t keep quiet. “But that’s when it was free. Now that you’re effectively charging for it, what do they owe the upper 1%?”

“Everything,” said Carson. Now they have houses. Let’s hope they don’t stay long.”

***
By MARQUEL: Ben Carson Wants to Make Housing Available. Just Not Too Comfy.